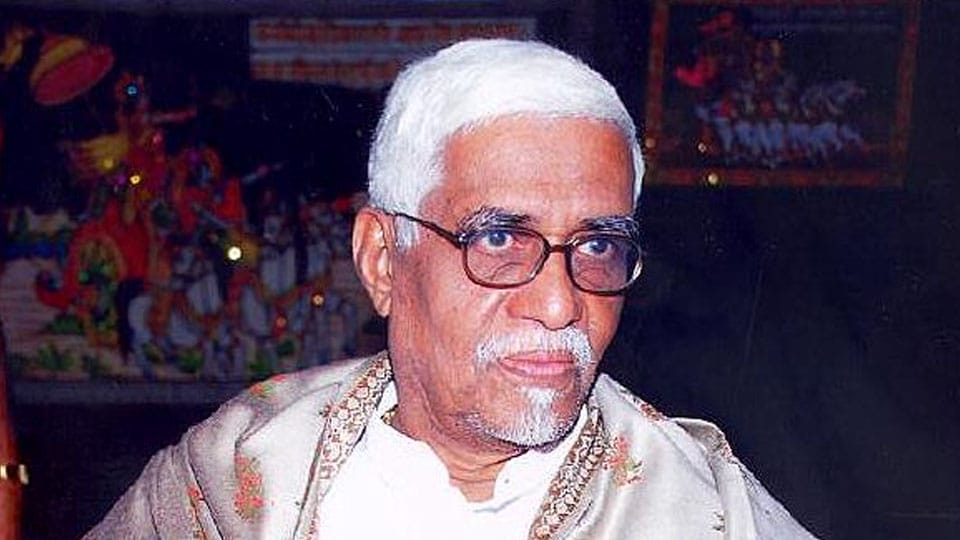 Udupi: Renowned Sanskrit scholar and Padma Shree awardee Vidyavachaspati Dr. Bannanje Govindacharya died at his residence at Ambalpady in Udupi yesterday at the age of 85 due to age-related illness.

His second son Vijaya Bhushan Acharya had pre-deceased him 12 days ago. He leaves behind four daughters, one son and a host of relatives and friends.

Govindacharya was widely known for his translation and commentaries on the complete texts of Sri Madhvacharya, a philosopher and  theologian of the 13th century. He was a propagator of the ‘Madhva’ ideology — a philosophical perspective based on ‘Tattvavada’ which means arguing from a realist viewpoint.

Apart from translating several literary works from Sanskrit to Kannada, Bannanje Govindacharya penned nearly 150 books. His works are popular among Tuluvas and Kannadigas across the world.  His noted translations include Kalidasa’s ‘Shakuntala,’ Shudraka’s Mrichakatika’ and Bana Bhatta’s ‘Bana Bhattana Kadambari’. Govindacharya was also known for his expertise in Veda Bhashya, Upanishad Bhashya, Mahabharata, Ramayana, and Puranas. He was the brand ambassador of India in World Conference on Religion and Peace held at Princeton, USA in 1979.

National anthem was played by the Police Band and the mortal remains was covered with the National Flag. A three-gun salute was also dedicated at the funeral service.