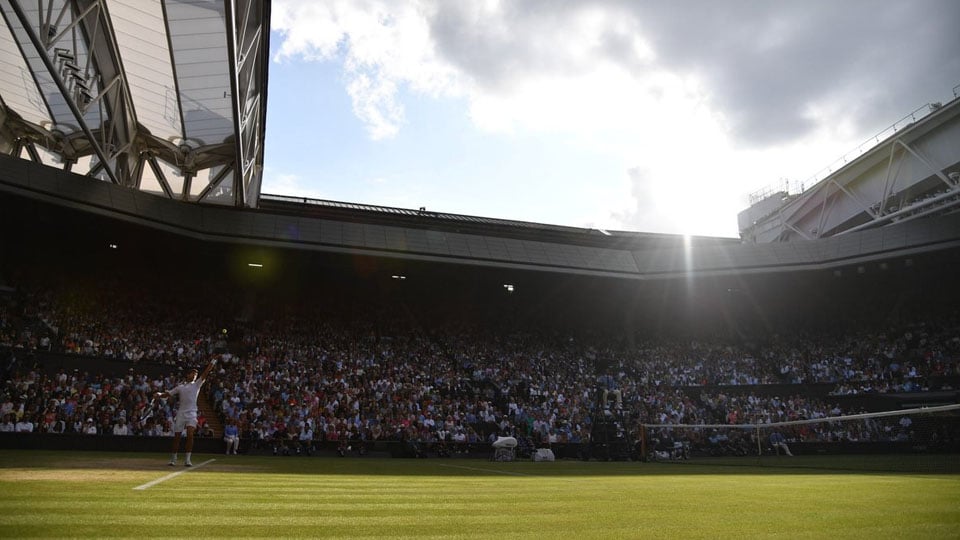 Euphoria, Ecstasy, Agony, Disappointment at The Lord’s and Wimbledon

Nerves shattered at ‘Mid Night’ on Sunday, the 14th of July 2019, as two of the most popular world sporting events concluded in the historic city of London — ‘The Wimbledon Cup’ and ‘The ICC World Cup.’

It was a Sunday filled with a galore of uncertainties between the two historic and iconic sports arenas, Wimbledon and The Lord’s; as Novak Djokovic lifted the ‘Wimbledon Cup’; his 5th Wimbledon Title; and England lifted the ‘ICC World Cup’; their first ever; since it all started in the year 1975. A ‘Tie – Break’ and a ‘Super Over’; both at London and on the same day at Mid-Night, to occur again looks a virtual impossibility.

Discerning lovers of Cricket and Tennis in the stadia at both the venues as also in front of the huge screens at ‘Henman Hill’ & ‘Trafalgar Square’ and millions watching of TV over the world would have spent the ‘Nine Hours’ speculating end results. But none would have ever imagined the gruelling agony, ecstasy, euphoria and disappointment that were in store as the clock struck 12 midnight (IST); especially in the last 30 to 45 minutes. Novak beat Federer 7-6(5), 1-6, 7-6(4), 4-6, 13-12(3) to lift his fifth Wimbledon title. According to new Wimbledon rules, after 12-12, the Championship had to be decided in tie-break; but not before 4 Hours and 55 minutes of gruelling time — not only for the two champions but also to the vociferous spectators and TV viewers.

The dance of fortunes commenced right from the first set that went into a tie break. Second set suggested that Novak was buckling; but he recovered fast to pose serious threats to Roger. Both committed errors; beyond their own comprehension; especially in the last three sets. Roger’s errors were unpardonable even in the assessment of his own wife; as she turned ‘yellow and red’ constantly. Many of Roger’s strokes went into the stands; more reminiscent of ‘SIXES’ at the Lord’s.

The day most certainly belonged to both the champions; the 32-year-old Novak and 37-year-old Roger; and ultimately, Novak won by the ‘Skin of his Teeth’; when Roger hit the last six of the championship. Thus went Novak’s name on the beautiful display board at the Wimbledon as the Champion of 2019.

In this melee, we cannot forget to congratulate young Simona Halep on her magnificent victory against the 24th ‘Grand-Slam Crown Aspirant’ — Serena Williams. Honestly, Serena’s performance was innocuous. Coming to the ‘Drama at The Lord’s’; I challenge the very thought process of ‘Super Over’. This looks absolutely ridiculous to me. Performance shall be the key to winning an encounter. Performance is a sequel to the determinants of the game; that is spread over 100 overs; maximum.

In the game of cricket, the determinants are ‘The Number of Runs Scored’ and ‘The Number of Wickets Lost.’ Therefore, number of runs scored per wickets lost shall determine the winner. When such an easy arithmetical option is available, why choose an option that is irrelevant to the ‘Eight Hours’ of fierce competitive cricket?

A ‘Super Over’ is neither a sequel nor has any relation to the match at all. And that stupidity determined the fate of the Black Caps sending Englishmen dancing in euphoria. I substantiate my views with the following:

By the foregoing analogy, my champions of ICC 2019 World Cup are New Zealanders who lost 8 wickets compiling 241 runs; whereas England lost all the 10 wickets in labouring to 241.