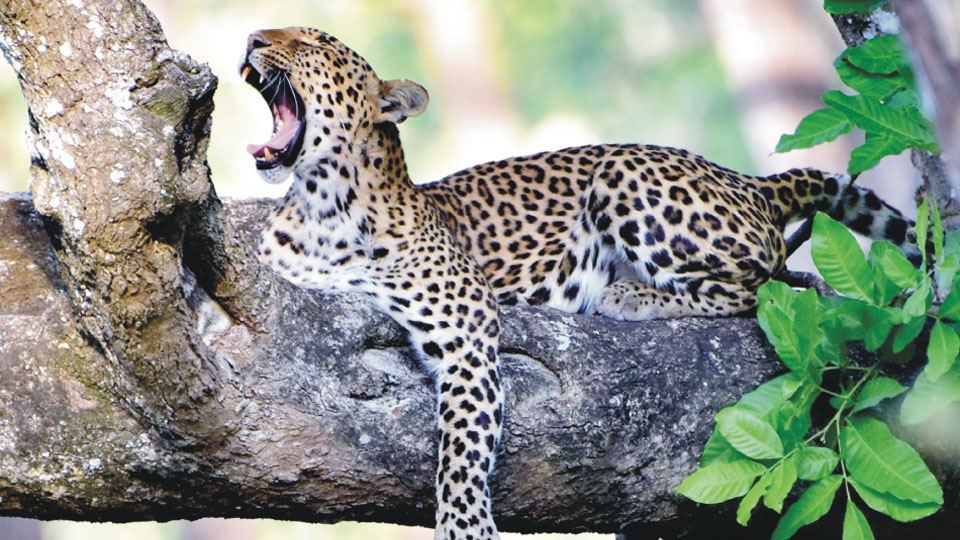 Mysore/Mysuru: The long-pending proposal for a Leopard Safari at Bannerghatta Biological Park (BBP) near Bengaluru has now been revived by Zoo Authority of Karnataka (ZAK) Chairman L.R. Mahadevaswamy.

Visiting the BBP on Wednesday, Mahadevaswamy said that the BBP already has Lion and Tiger Safaris and a Leopard Safari would be an added attraction. Years back the proposal of Leopard Safari was floated and as per the plan, four separate premises will be constructed for the safari and each premise will have six cages.

Years ago, the BBP had submitted a proposal to Central Zoo Authority of India and ZAK as the Zoo Authority was planning to implement this project in Sri Chamarajendra Zoological Gardens in Mysuru. But as the authorities of Mysuru had refused to accept captivated leopards, the approval was granted for the BBP.

Now the project is likely to see the light of the day and Mahadevaswamy said that a 3.5-acre land inside the BBP has been reserved for Leopard Safari.

Eight leopards that are housed in BBP will be on display. “New attractions like chimpanzees and Himalayan bears would be added to the BBP and plans are afoot to construct houses for Mahouts and Kavadis and also a hi-tech hospital,” the ZAK Chairman said.

The main intention of the Leopard Safari is to create awareness among the public about leopards that are shy animals. On an average, around 50- 60 leopards are killed in Karnataka every year due to man-animal conflict. The big cats stray into villages in search of food due to shrinking forest cover.

So naturally, people tend to injure or kill them without understanding its implications on nature. Keeping this in mind, the leopard safari is being planned at BBP.