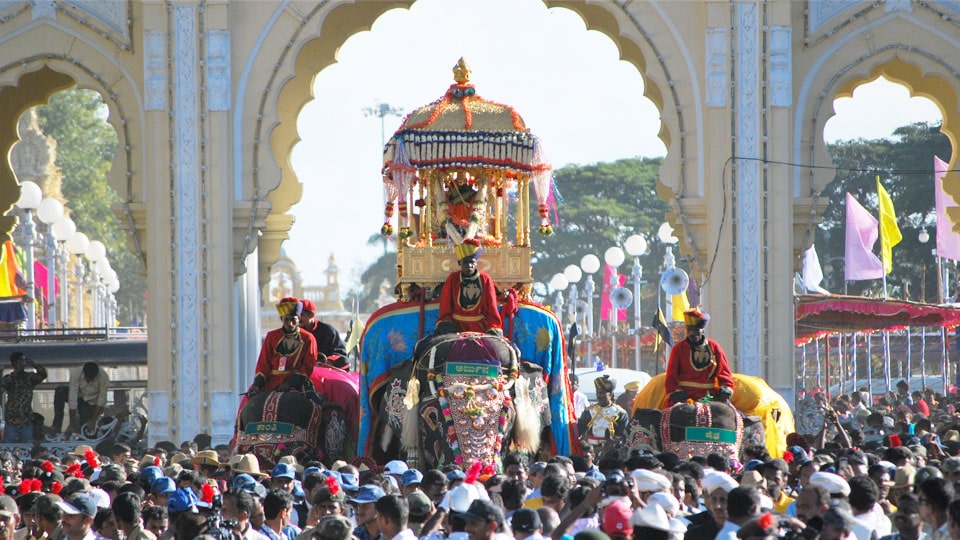 My experience as Dasara Special Officer 30 years back

After reading the initiative taken by Deputy Commissioner D. Randeep, who is also the Dasara Special Officer and KBG’s column on the subject (SOM dated Aug. 19) constituting an Audit and Accounts Committee to monitor and micro-manage Dasara Budget, my memory took  me back to 30 years when I was appointed as Dasara Special Officer in 1987.

It was a severe drought situation in the District and a late decision was taken by Ramakrishna Hegde government to conduct the festivities with a Budget of just Rs. 25 lakh.

I was provided necessary staff by the Divisional Commissioner, who was the Chairman of the Executive Committee. The staff particularly included an Accountant-cum-Auditor to check and control budget expenses of various Sub-Committees. He was a very sharp person for the job.

We had taken a decision with the Divisional Commissioner to allot 10 percent less of the budget meant for the various Sub-committees asking the Chairmen to be very austere in spending it besides urging them to make some savings to be returned to the Government.

Our Accountant was going around all the Sub-Committees to keep a watch on the expenditure. And lo! at the end of the Dasara festivities conducted with all its traditional glory, while submitting statement of Accounts to Government, there was a saving of 12 percent from the allotted budget of Rs. 25 lakh.

I cannot take credit for this but for the co-operation extended by various Sub-Committees’ Chairmen and Members who spent Government money  very judiciously.

Again, the final Auditing of Accounts was done by Accountant General after which they issued Clearance Certificate facilitating to draw my regular salary.

READ ALSO  When Prof. J.R. Lakshmana Rao was offered a job at IISc...

I wish all success to Dasara Festivities of this year and to the initiative taken by D. Randeep, specially measures taken to control expenditure allotted to various Sub-Committees.

Dasara Voice of The Reader
Tricolour flies high: Department of Women and Child Welfare
‘Rani Chennamma was a symbol of Independence movement in India’