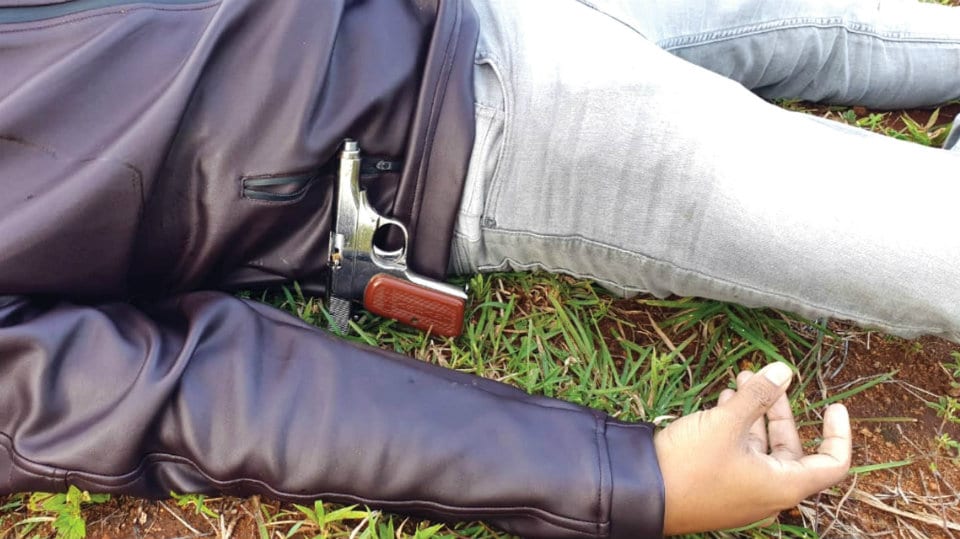 Mysuru: One among the three gunmen of Omprakash, identified as T.V. Nagesh, who had given his licensed .32 calibre pistol to Omprakash has been remanded to judicial custody yesterday.

Last week, Omprakash Bhattacharya, a businessman and entrepreneur from Mysuru, had shot dead his parents, wife and son on the outskirts of Gundlupet before pulling the trigger on himself using the pistol.

Gundlupet Circle Inspector H.R. Balakrishna, who is investigating the case, took Nagesh into custody on Saturday evening and after confirming that the pistol used by Omprakash to kill his family members and himself was that of Nagesh, formally arrested him on Sunday night.

Nagesh was produced before the Magistrate of Chamarajanagar District Court yesterday afternoon and has been remanded to judicial custody.

Sent to Bengaluru: Among the three gunmen, Nagesh was a close confidant of Omprakash. Nagesh was sent to Bengaluru by Omprakash 10 days before the incident and was told to bring 10 pairs of pant and shirt, four pairs of shoes and one black and blue mixed coloured coat. Omprakash, who had told Nagesh to reserve a train ticket to Delhi, had cancelled the same and had reportedly told Nagesh to come directly to Gundlupet on Aug.16.

Financial transaction: It is learnt that Omprakash had told Nagesh to go to Subramanyanagar Police Station and meet the Inspector, who will enquire on Udayshankar, who was supposed to give him (Omprakash) his money and had asked Nagesh to call him and inform about it.

It is also learnt that Omprakash had given a room on the terrace of his house at Dattagalli for his gunmen — Nagesh of Hassan, Magesh and M. Prashanth of Bengaluru — to stay besides asking them to leave their pistols behind whenever they went to their places.

Two other gunmen in Police custody: As soon as Nagesh was remanded to judicial custody, other gunmen Magesh and Prashanth were taken into custody by Gundlupet Police yesterday afternoon and are being interrogated.

Verification of Bank accounts: The Gundlupet Police have begun to verify Bank accounts of Omprakash in HDFC, SBI and Canara Bank branches this morning. The Police are verifying the Bank statements and other Bank transactions made by Omprakash.