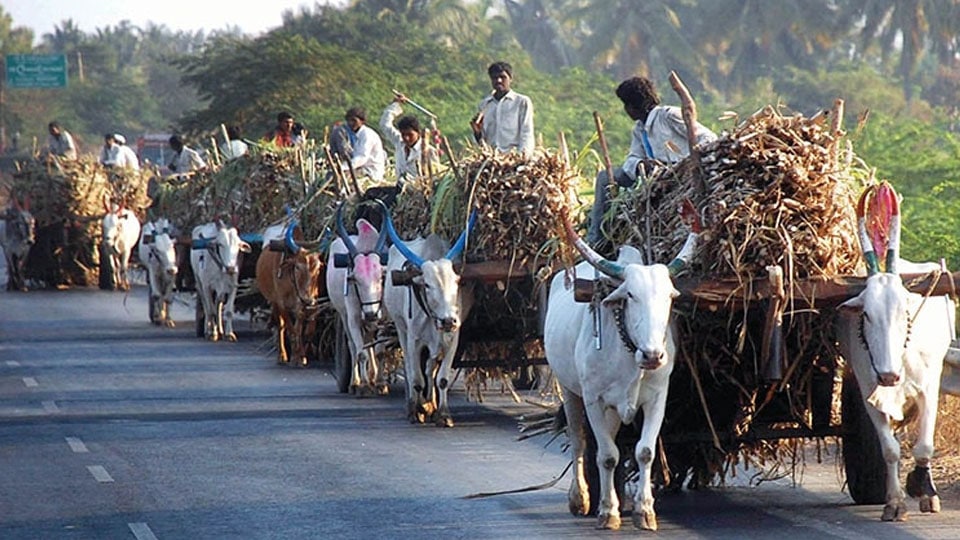 Farmers protest against delay in fixing procurement price for sugarcane

Mysore/Mysuru: Angry farmers shouted slogans against the District and Taluk Administration for delay in fixing the procurement price of sugarcane, exploitation of farmers and demanding solution to their other problems at a protest held Mysuru Taluk Office recently.

The protest was organised jointly by the State Farmer Associations Federation and the State Sugarcane Growers Association.

Speaking on the occasion, Taluk Sugarcane Growers Association General Secretary Baradanapura Nagaraj said that delaying tactics are being followed in fixing procurement price of sugarcane. “Farmers are being exploited by giving an amount which is less by Rs.350 per ton compared  to that of last year. This is being done on the pretext of increase in cost of sugarcane cutting and transport charges,” he alleged.

“Bankers are harassing farmers who are already affected by giving them notices and filing cases against them in the Court. There is also a shortage of fertilizers,” he said adding that “After the implementation of One District, One Price policy farmers are not getting compensation under crop insurance. Government should immediately implement Fasal Bhima Programme for all crops of that year.”

He demanded that GST be withdrawn on curds, pappad, fertilisers, pesticides and irrigation equipment used by the farmers.

Nagaraj urged the Union Government to announce fixed minimum price for all agricultural produce and scrap the existing  minimum sale price committee. He warned of agitations and road blocks across all Taluks if the Government fails to take steps to solve their problems within a week.