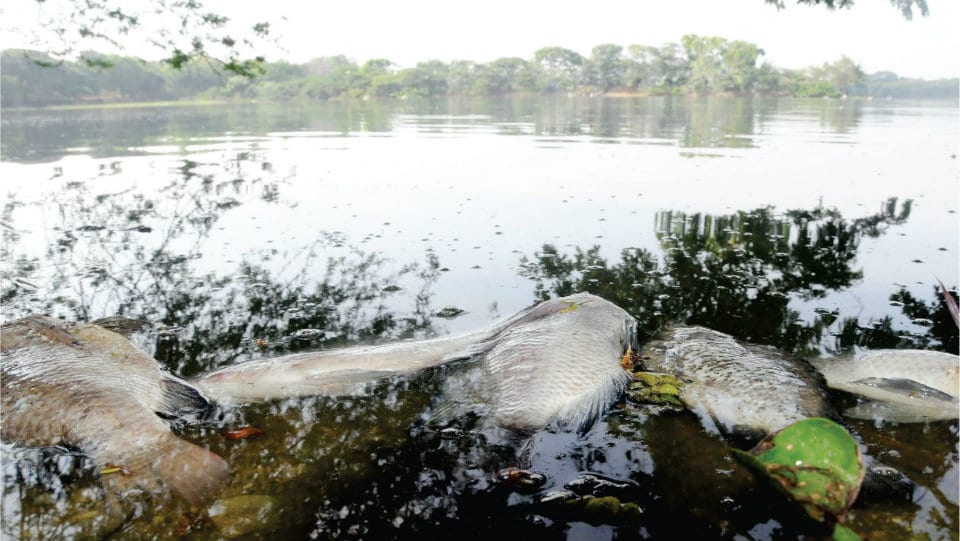 Mysuru, Apr.28- Even as the fishes are dying at Kukkarahalli Lake due to overpopulation, the news of the Electoral Officer allowing fishing in the lake comes as a breath of fresh air.

Deputy Commissioner and District Election Officer had in a letter to the Election Commission sought permission for Kukkarahalli Lake fish contract through a e-procurement portal for the tender process.

In a communication from the office of the Chief Electoral Officer, it has been advised to continue the existing contractor if there is a provision as the Model Code of Conduct is in place. If there is no provision in the existing contract then the authorities must get the approval from the screening committee headed by the Chief Secretary without violating the Model Code of Conduct.

At present, the Karnataka State Co-operative Fisheries Federation (KCFF) has the right for fishing but due to lack of cooperation between the University of Mysore and the Federation, fishing has been stopped in the lake for the last few months. As a result, the population and size of the fish started increasing. The University authorities claimed that since the Model Code of Conduct was in place, they could not call for fresh tenders.

According to Prof. K.M. Jayaramaiah, Non-official Member, Karnataka Tank Conservation and Development Authority, waste water from cow sheds and houses of Paduvarahalli flowing through open drains collect at shallow places at the junction of Hunsur Road and north bund of the lake. This polluted water is entering the Lake through drains located at north bund. This is killing fish by reducing the oxygen level in the lake water.

“The Kukkarahalli Lake was built in 1881. One of the main steps that needs to be taken is the desilting of the lake which was stalled by environmentalists. If the lake is desilted, which has now accumulated up to five to six feet, then the fish can move up to the north bund,” he said, speaking to Star of Mysore this morning.