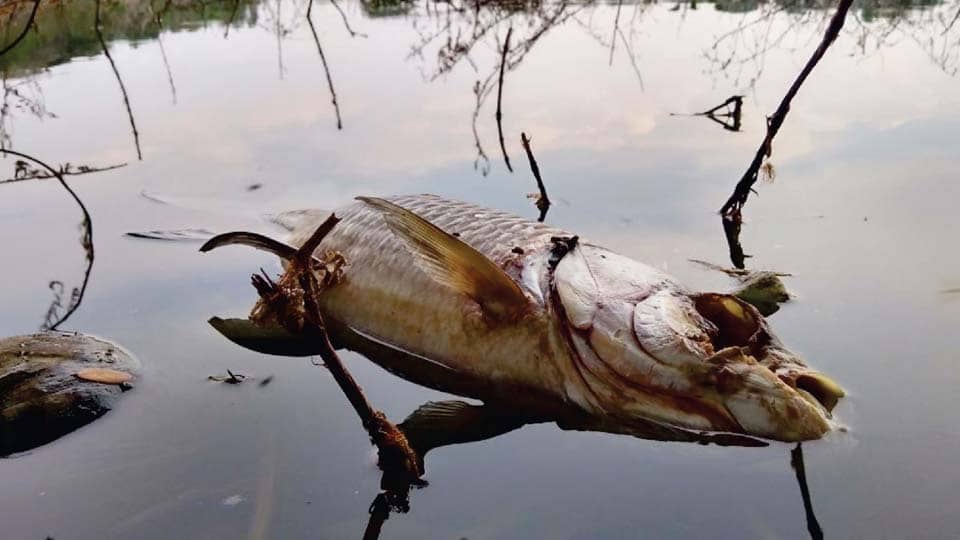 Mysuru: Apprehension was writ large on the faces of regular walkers and environmentalists, who frequent Kukkarahalli Lake as a sizeable number of dead fish was found floating this morning on the water in the lake especially the stretch abutting Hunsur Road.

It is feared that contaminated water was responsible for the death of fish.

Environmentalists opine that owing to the huge organic load, the dissolved Oxygen level in water had depleted abysmally resulting in the death of fish which is said to be happening for the last three or four days. They suspect seepage of effluent from Paduvarahalli area.

Workers deployed by the University of Mysore were seen going around in rowing boats, picking up the dead fish and burying them in a pit.

However the obnoxious smell emnating from the putrefying fish really shocked the morning walkers, who were forced to make a hasty retreat.

The fish were of varying size ranging from two to five kilograms.