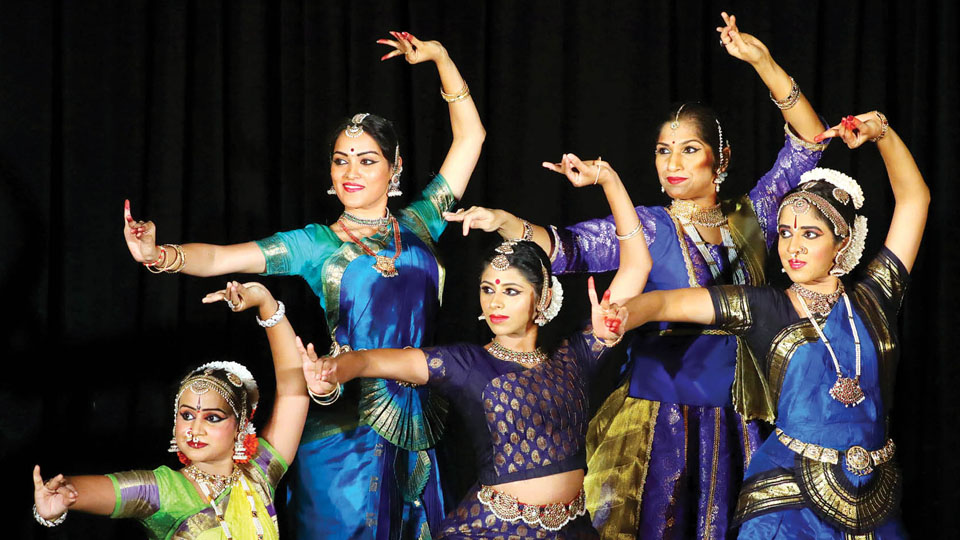 Articulate Festival, a every third Sunday of the month classical dance festival, in its 26th series, showcased five young artistes in Bharatanatyam and Kathak in solo formats on July 15 at Veene Seshanna Bhavana, Mysuru. The packed house proved that dance connoisseurs of Mysuru are addicted in a holy way to religiously patronise the classical dance every month, come rain or shine.

Nikhitha Manjunath, a disciple of Karnataka Kalashree Sathyanarayana Raju of Samskruthi – The Temple of Art,  Bengaluru, presented two Bharatanatyam numbers. One in raga “Reethigowla”, Taala “Adi” and the other in raga “Kamaach”, “Mishra chaapu taala.” The first choreographed by Guru Narmada and the other by Guru Bhanumati.

Nikhitha in her “Gopa Gopi Swaro Yogi” a shloka from “Sri Krishna Karnaamruta” described the various leelas of Lord Krishna and praised his greatness. In “Maataadabaaradeno Maa Ramanane”, a Kannada composition, she enacted a Mugdha Nayika, worried that her husband is not speaking to her and seems to be angry, asks for the reason of his silence. She reminds him of the good times that they had spent together and pleads him to speak to her.In all the three dances, Nikhitha chose, the sahithya was aptly translated into meaningful movement. The nrutta compositions that were weaved into, was crisp and geometrically sharp in its execution, that proved the merit of the dancer which the prekashaka took notice.

Ojaswini proved her mettle by her very diligent training and practice the result of which could be seen in her presentation both technical and emotional that drew the appreciation of the audience. 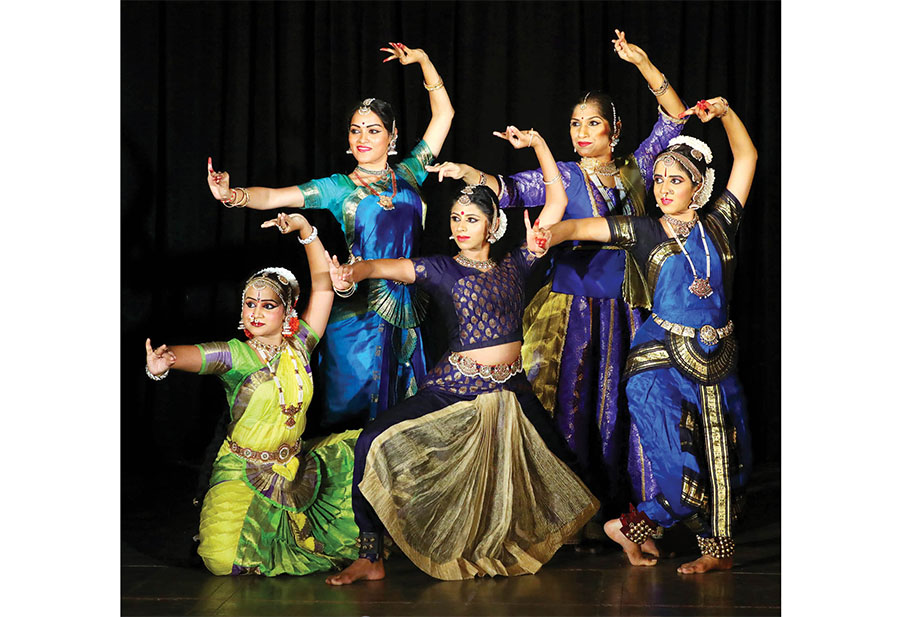 Sampada Pillai presented three Kathak numbers, a Krishna Vandana in raga Yaman and Taal Teen tala. A  Sri Saradakara’s lyrical tribute to Krishna as choreographed by Dr. Rohini Bhate was the invocatory number. The dance described Radha engrossed in the beauty of her beloved  Lord and her expression of pure love transcended mortal relations. Second was a Nrutta, in teen taal that strung together, aamadh, tode, tukde and parans inter-spaced with simple and yet exciting padakriya and gath bhaav. The concluding third was a thumri “Aeri kaise jaoon” in “Marwa raag” and “Teen taal” written by Dr. Vasantrao Deshpande. The nayika while narrating the nuisance Krishna caused while she ventured to fetch water, stood mesmerised by the melody that wafted from Krishna’s flute.

The applause Sampada received every time she precisely arrived on the Samam of the taal in her second segment, itself showed her control on the layakari and the complex patterns that spread joy among the onlookers. Her Krishna vandana and the thumri was soulful and spiritually elevating because of her rendition in a unhurried manner with sublime movement that Kathak art demands.

Kausalya Chandra, disciple of Guru Nandini Eswer, commenced her recital with a “Todaya Mangalam” in “Raga malika”, “Tala malika” and proceeded to perform a Tygaraja’s Pancharatna kriti “kanakanaruchira” in Raga “Varali”, “Adi Tala” before concluding with a Kanchi Kamakoti Peetham Seer Sri Chandrashekharendra Sarasvati Swamiji’s composition “Sri Durga Pancharatna” in Raga “Shanmukhapriya”, “Khanda Chapu” Taala. The Todeya mangalam “Jaya Janaki Ramana” was a string of five stanzas linked by jathis and dedicated to Rama, Venkateshwara and Krishna. The pancharatna krithi concluded with the emphasis that “Who so ever is engrossed in the worship of Sri Rama is the blessed one.” Kanchi Swamiji’s ode to Adi Shakthi explored the unfathomable expanse of the Mothers outreach.

With comparatively minimal aaharya, Kaushalya took the audience through emotions of pure bhakti. She seemed to  have recaptured those magical influences the legends of yesteryears weaved and bound the audience, establishing the fact that, some fine aspects could still be seen even today unchanged and carried forward. Thanks to Guru Nandini Eswer for training such a shishya and to the shishya who has surrendered unto the Guru.

Sandhya Muralidharan, a disciple of Guru Rukmini Vijayakumar, presented three Bharatanatyam numbers,  a Kouthvam on Nataraja “Tadavan Munijana Sakhala Suraa Sura”  in Raga “Hamsadhwani”, “Adi Taala” written by Gangai Muttu Nattuvanar that brought out the energy and virility of the cosmic dancer, a ode to Mata Sharadhe “Vandeham Sharadha”  in  Raga “Yamuna Kalyani” ,  “Mishra Chaapu Tala” composed by Sri Dayanand Saraswathi subtly and beautifully expressing the beauty and glory of Sharadha, a Devaranama “Gummana Kareyadire”  written by Sri Purandara Dasa and rendered in Raga “Tilang” “Ata Tala” that described the naughtiness of child Krishna and his pleadings to mother not to invoke the demon.

Sandhya was a reflection of her Guru Rukmini. The sprightliness, the shooting movements of the limbs, the lifts and plunges all done breathlessly was bordering acrobatics in classical dance format. To some it was amazing to watch, while some felt, was that necessary especially in the second segment on Sharada. Her energy level remained, throughout the three fast numbers, the same and that enhanced her performance especially when hers was towards the closing time of the Festival and rooted the audience to their seats until it was time to bid adieu.

Many among the audience left blissful, making a pledge to come back for more in the coming months, which the organiser Mysore B. Nagaraj, Director, Articulate Festival, Mysuru, pledged again to fulfil the need of both artistes and the rasikas. The five stars shined bright even when engulfed in the monsoon clouds.