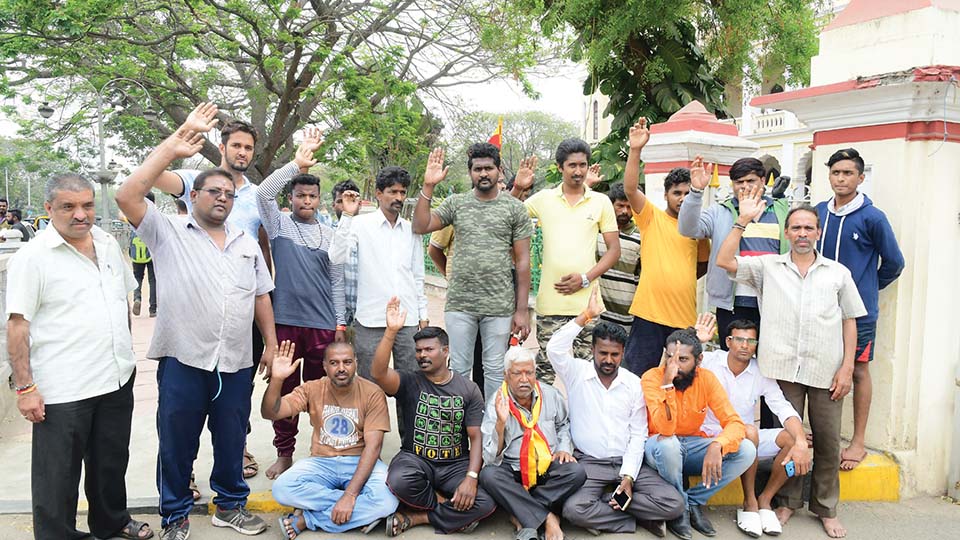 Mysuru:  Members of various organisations staged protest against the MCC in front of its office here yesterday, opposing the footpath clearance drive undertaken in all areas of the city.

They staged a protest under the banner of Samagra Karnataka Rakshana Vedike, Kranthi Dal and other organisations condemning the anti- poor policies of MCC.

They shouted slogans against MCC for taking up the sudden drive without any prior intimation.

They alleged that the livelihood of hundreds of footpath vendors across the city was affected by the sudden operation by MCC under the guise of not maintaining cleanliness.

They said that the footpath vendors are ready to maintain cleanliness and abide by the rules of MCC and other departments of the government. They  urged the MCC to stop the drive. The protesters threatened to intensify their agitation if MCC fails to stop the drive.