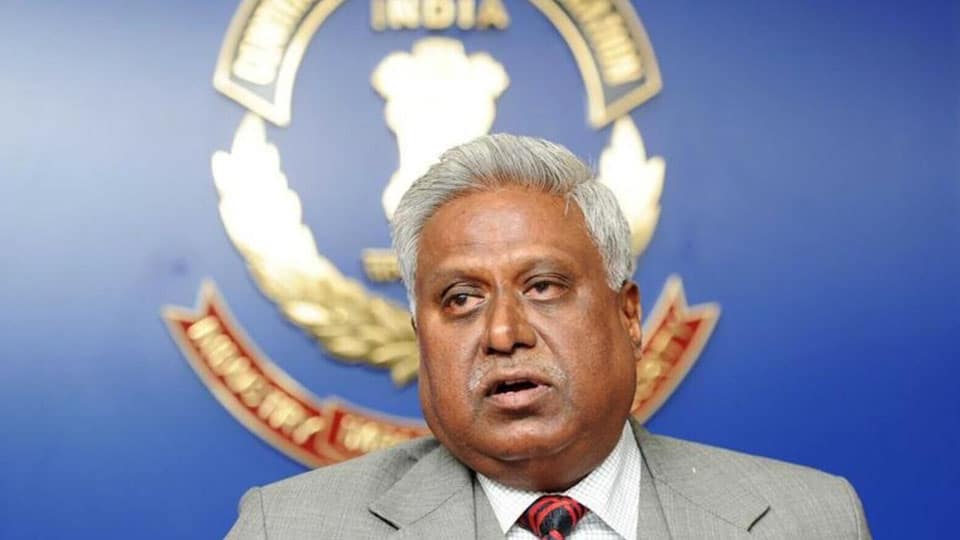 New Delhi: Former Chief of Central Bureau of Investigation (CBI) Ranjit Sinha passed away here this morning, according to sources. He was 68.

Sinha, a 1974-batch officer of the Bihar cadre, had held CBI Director post between December 2012 and December 2014. He was also the Director General of Indo-Tibetan Border Police (ITBP) Force.