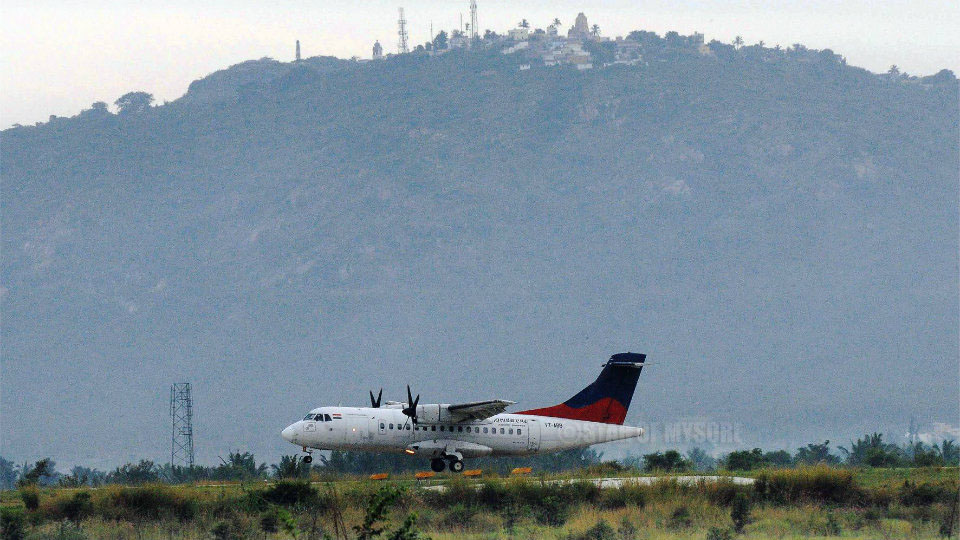 Mysuru: The jinxed Mandakalli airport is again getting a fresh lease of life. With the introduction of flight operations from Mysuru to Chennai from September, under the Regional Connectivity Scheme, known as UDAN (Ude Desh Ka Aam Nagarik), there is new light at the end of the tunnel.

The stop-start affair has been going on and this is the fourth time that the effort is being made to give it a push. The operation was first introduced in March 2010. The defunct Kingfisher airlines had introduced the service but due to poor response, it discontinued the service in 2011. This was followed by Spice Jet and its flights began in January 2013 and ended in October 2014.

“Mysureans always make a hue and cry about air connectivity and when the flights are introduced they do not respond. Only when people in Mysuru fly in and out can the airport industry grow,” said Manoj Kumar Singh, Director, Mandakalli Airport, speaking to Star of Mysore, here this morning.

“We are ready to operate the flights from today itself. The airport is maintained well, and it has all facilities. The government has also come forward with the new RCS scheme in which one can fly paying Rs. 2,500, which I feel is within the reach of aam admi. Now, all people of Mysuru including industrialists, tech majors like Infosys, Excel Soft, Wipro, should do, is respond to this offer,” he said.

According to Singh, there will be two flights a day to Chennai, one in the day time and another during the night. The night flight timing has been finalised. Air Odisha will operate this flight which will land at 8.45 pm from Chennai and leave to Chennai at 9 pm. The morning flight timing has yet to be finalised. Turbo Megha Airways has shown interest to operate the morning flight, he added.

BPCL (Bharat Petroleum Corporation Limited) has come forward to establish a fuel outlet. If this comes through then long haul flights from places like Delhi can also be accommodated, he said. “From the time I have come here, I have been running from pillar to post to see that the airport operations pick up. But if the response is very poor then what can the government do?” he asked.

On the length of the runway and the landing of bigger flights, he said, right now only Q-400 or Bombardier aircraft can land and these aircraft have a seating capacity of 80. But, if bigger aircraft like Boeings have to land, then, as per the norms, the runway must have a width of 150 metres and the Mandakalli runway is only 75 metres wide. A land measuring 18 guntas on either sides and an additional land of 10,300 sq.ft is required for expansion.

However, these are decisions that are not in the hands of the local authorities. But the new RCS, whose primary objective is to facilitate regional air connectivity, it will be there for at least three years by which time, the airport can be expanded and flight operators can upgrade their fleet, felt Singh.