Home » Columns » From Russia, with love… 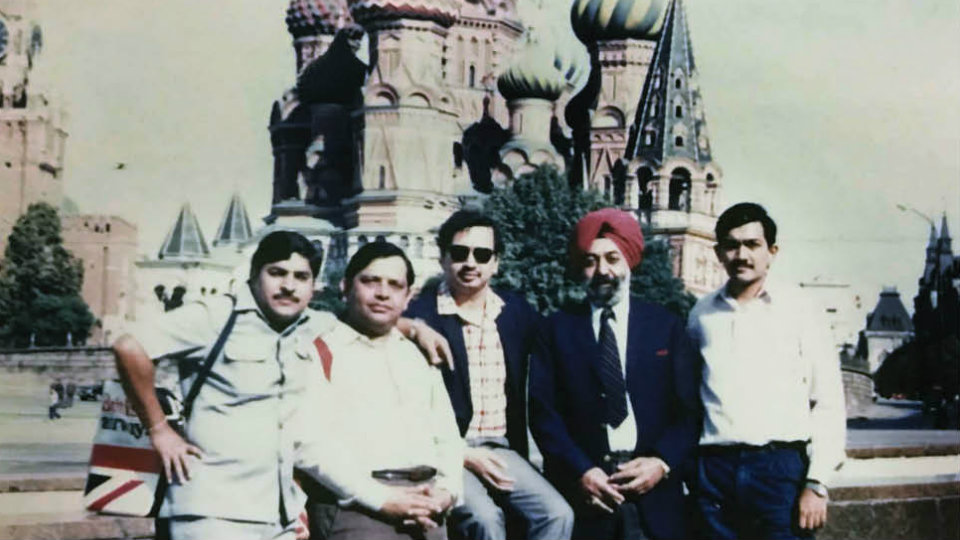 From Russia, with love…

When I go for my evening walk,  I have to pass KBG’s house and sometimes if I see him sitting and reading his own newspaper, I join him for a cup of green tea offered by his ever-smiling wife. On one such recent visit, he casually mentioned that they would be going for a trip to Russia and other nearby countries with his Rotary friends, sometime in September. This brought back memories of my maiden trip to Russia, a communist country then.

It was in the early 80s and I was working as a Manager of Madurai Ashok.  I got a call from our head quarters that I had been selected to go to Russia for a 7-day trip as part of ITDC delegation. Those days the Ministry of Tourism was trying to popularise tourism by holding “Festivals of India” abroad, wherein folk and traditional dancers and catering experts would be sent. As Russia had been chosen, we a group of 9 catering experts were asked to depart. It was a government delegation so all the visa formalities were completed in a jiffy.

Since Russia was a communist country, the only flight in and out those days was “Aeroflot.” Our brief was to go to Russia and coordinate with the Embassy there. Our group consisted of nearly 7 chefs and cooks, who would actually cook Indian food for the so-called festival buffet.  The now world famous chef Sanjeev Kapoor of Khana Khazana-fame was also a part of this group. The Indian fare offered on flight was not even passable standard. But no one really cared since we were all thrilled to just go to Russia.

Once we reached Russia, we were escorted to a hotel by the banks of River Volga, walking distance from Kremlin Square. Clean and spotless city.  I have forgotten the name of the hotel but it was State-owned and huge. Approximately 2,500 rooms — small rooms with just basics. A huge square building with four receptions, one dining room serving buffets, mainly non-vegetarian. Being a vegetarian I had to manage with bread, cheese, yoghurt, rice and limited fruits. Those days they had a rule, if one kind of ice cream was being served that whole day only that flavour would be available all over the city. Monday, vanilla. Tuesday, strawberry. So if you do not like a particular flavour, tough luck. 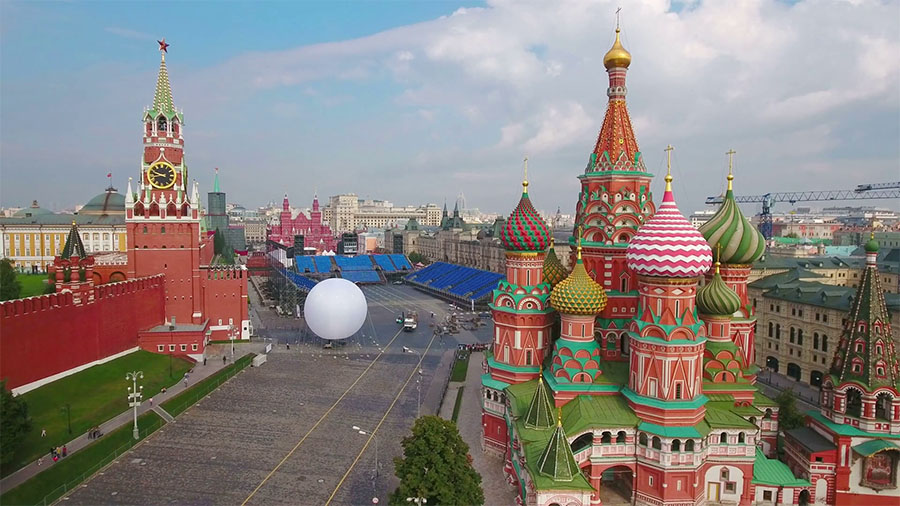 A major problem in Russia is the language. They are very polite to Indians. You talk to them, they smile and ask “Raj Kapoor?”  They expected all of us to know him in person.  A household name in Russia. Several of them even hum the famous song “Mera jhootha hai japani…”

Russians are quantity eaters. We had been briefed that the buffet should have a minimum of two potato dishes and rice and we should be prepared to cook double the quantity of food for the buffet. The Embassy had been briefed to supply us the raw materials and masalas for the food preparation. When we opened the so-called basmati rice bag, we were in for a shock. Plain parmal rice inside! Plain corruption.  How does one cook biriyani with parmal rice? The Embassy officials politely told us that we should prepare with whatever was provided.

The three-day festival started. First day, the queue for the food was a mile long. The menu, biriyani with raitha, aloo jeera, jalebis and samosas. The appetite of Russians is seen to be believed.  They do not eat. They gorge. Heaps of parmal rice biriyani [which looked like pongal] with raitha, topped with jalebis and samosas on a single plate! The food got over in no time. We had become wiser by the second day and prepared triple the quantity of food.

We had some spare day for sight-seeing. Being a communist country, there is a heavy demand for anything western. If one is wearing a branded jeans/ shoes, they openly ask for it and are ready to pay for it too, unfortunately in their currency. If the official rate of exchange for dollars to rouble was 10 rouble to a dollar, the black market rate was at least three times.  Every shopkeeper would request for a dollar payment. Since we had been paid our allowances in dollars, we had lots of spare money for shopping. The only thing available for shopping was cut glasses, dolls and dress materials.

Readers must be wondering as to why I gave the headline “From Russia with love” to this article. Last day of my trip, I was left with lots of roubles and I really did not know what to spend it on. Anyway since my better half had asked me to get some dress materials, I went to a shop and got a full roll of a particular material I liked. Back in India, I took out the material with a flourish to open the roll. Usually in the end of the roll, the name of the manufacturer is mentioned. Would you believe, I got a shock of my life when I realised that the dress material I had brought all the way from Russia was manufactured by our own “National Textiles” —from Russia with love!

2 COMMENTS ON THIS POST To “From Russia, with love…”