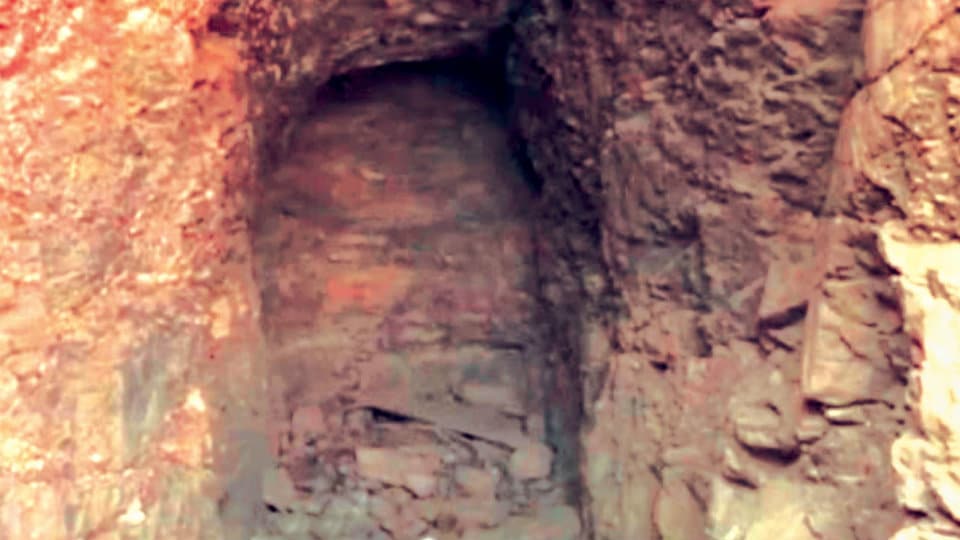 Mandya: Days after scientists confirmed the existence of Lithium deposits near Karighatta in Srirangapatna taluk, it has now come to light that scientists had  discovered gold deposits at Hunjanakere near Arakere in the taluk when Britishers ruled the country in the nineteenth century.

British Scientists are said to have discovered gold deposits at a hillock near Hunjanakere located about 5 kms from Arakere on Arakere-Mandya Road. The gold deposit was learnt to have been discovered when scientists excavated the hillock between 1882 and 1913.

The three caves dug up in the hillock stands testimony for the research carried out by the scientists then. Apart from this, the hillock has been mentioned as a ‘Gold Mine’ in the old survey map of the village.

Locals call the hillock as a ‘gold mine’ perhaps for the reason that scientists had carried out searches for gold long ago. However, there is no evidence to prove that researches continued after the Britishers left the country. Also, there are no reports on whether British scientists actually found gold deposits in the area. However, local villagers affirm that gold deposit do exist in the area.

Speaking to SOM, Mandya Deputy Commissioner Dr. M.V. Venkatesh said that he came to know that scientists had carried out researches for discovering gold deposits at Hunjanakere when the British ruled the country.

“I have also seen old maps where the area has been marked as gold deposit area. Also, there is a mention about three caves dug up as proof of the researches being carried out then. A report will be submitted to the Government in this regard and it is to be seen what action the Government will take,” he said.