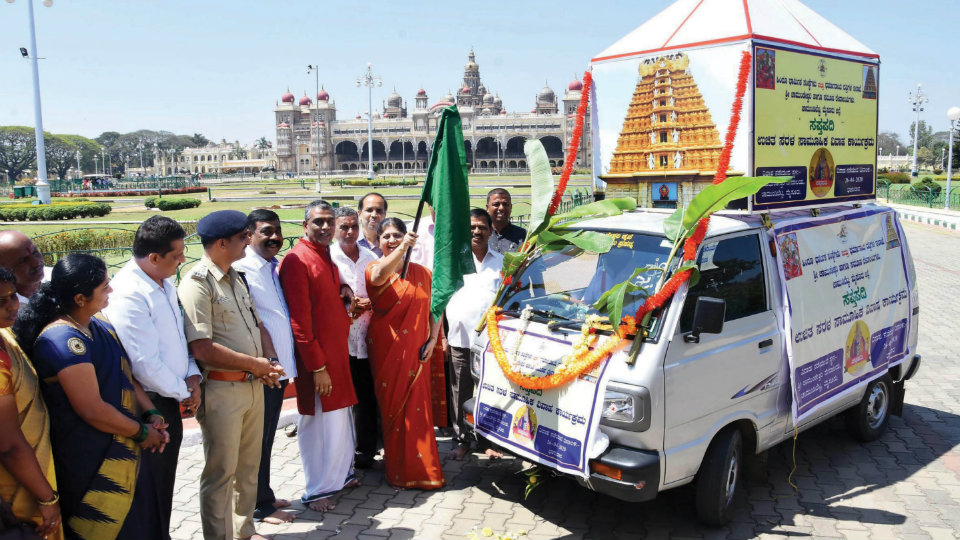 Speaking on the occasion, she said that the mass-marriage programme will take place atop Chamundi Hill on April.26. Noting that the initiative is aimed at helping the poor and low-income families, she said that the mass-marriage programme will be a boon to farmers and the working class. Bemoaning that many parents are turning debtors after spending huge sums of money for conducting marriages of their wards, Poornima said that the Government’s ‘Saptapadi’ initiative will ease the financial burden of lower middle-class and poor families.

Continuing, she said that the Revenue Department will keep Rs.10,000 as fixed deposit in the name of the bride under ‘Adarsha Vivaha’ scheme. Also, the Social Welfare Department will provide a financial assistance of Rs. 50,000 to SC community couples. Eligible bridegrooms with the minimum age of 21 years and brides who have attained the age of 18 years can register before Mar. 27 along with supporting documents, the ADC said.