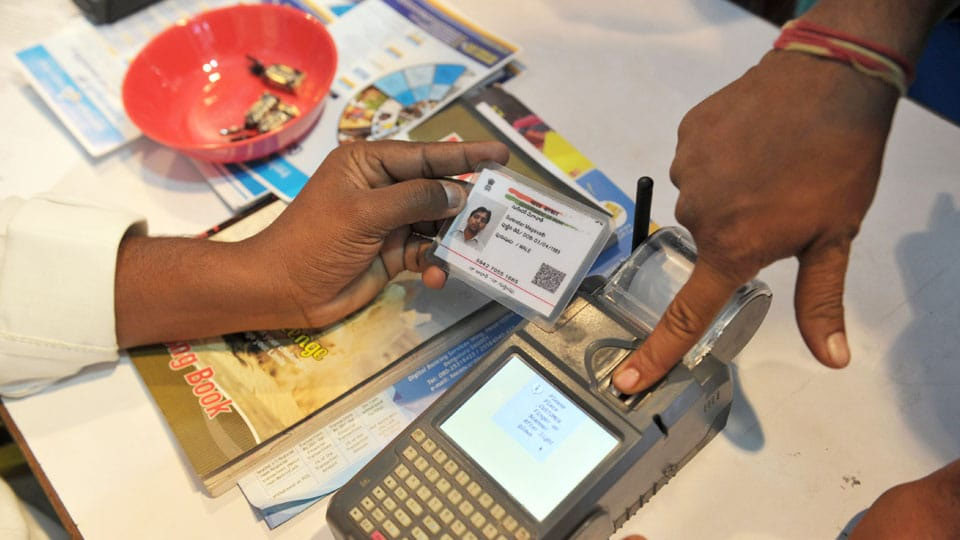 New Delhi: The Union Law Ministry has been working on a Cabinet note to prepare a new law after considering the Election Commission’s proposal to give it statutory backing to collect the Aadhaar numbers of new applicants and existing voters to check multiple entries in the electoral rolls.

The Ministry is working to amend the Representation of the People Act, 1951, and is expected to submit the changes before the Cabinet committee, chaired by Prime Minister Narendra Modi, for its consideration so that a Bill in this regard could be introduced before the Parliament.

The amendments to the Representation of the People Act will require citizens to link their electoral photo ID card (EPIC) with the 12-digit Aadhaar, while ensuring privacy protection. “The Ministry is busy in preparing a Cabinet note considering Election Commission’s proposal to tweak the electoral law,” an official, requesting anonymity said.

The official said it is not yet decided by the Law Ministry when it will present the note before the Cabinet, but indicated that it can be put before or during the Budget Session which will commence on Jan. 31 and subject to the exigencies of Government business, is likely to conclude on April 3 with a 19-day recess in between.

In a letter to the Law Ministry, the Election Commission in August last year proposed that provisions of the Representation of the People Act, 1951 be amended to allow it to seek Aadhaar numbers of those applying to be voters and those who are already part of the electoral rolls.

As per EC’s proposal, the electoral law should be amended to empower electoral registration officers to seek Aadhaar number of existing voters as well as of those applying to get their names on the voters’ list.