Home » Columns » The Great Bank Robbery. By All 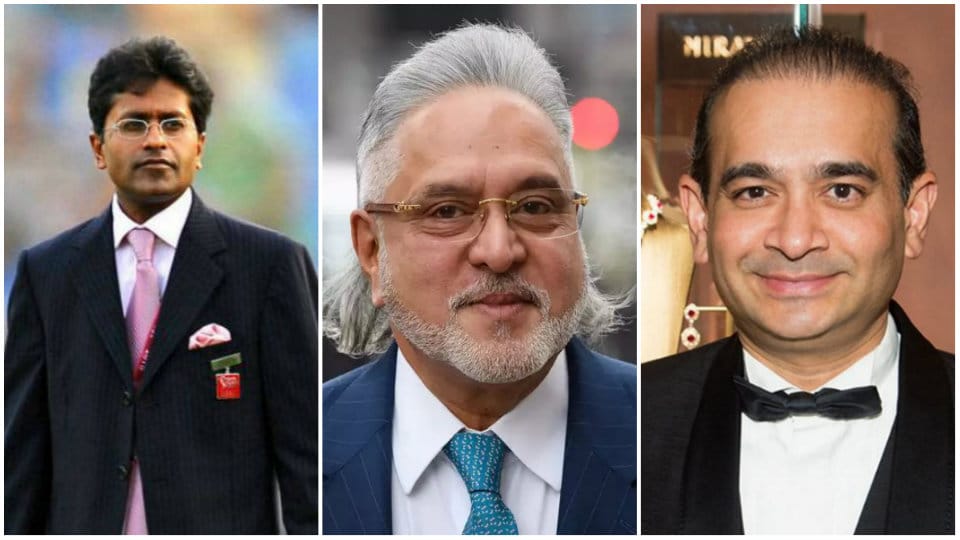 The Great Bank Robbery. By All

The funny thing about the banking fraud that is rocking the country is that no one is accountable for it. The Finance Minister remained silent at first and then blamed the supervisory agencies — as though he was but an onlooker. His Cabinet colleague, the ever-unconvincing Ravishankar Prasad, blamed it on the Congress. He was no doubt seeing Indira Gandhi’s bank nationalisation as the reason for the mess. Being a fair man, he didn’t blame the Italian grain merchants who invented banking in the Middle Ages.

The problem with the Ravishankar Prasad brand of rodomontade is the self-conviction that they convince others. It is nobody’s case that there was no corruption before his party’s rise to power. Unforgettable scams marked the governments of all Congress Prime Ministers from Indira Gandhi’s time. Manmohan Singh, personally respected for his incorruptibility, was Finance Minister in 1992 when Harshad Mehta triggered a Rs. 4,000-crore banking scam with an ingenious method of siphoning money from interbank transactions. As Prime Minister, Singh allowed some abominably corrupt Ministers to flourish under him.

So, do Congress scams justify BJP scams? Only the sick can argue along those lines. There is no way the Government of the day can dissociate itself from the Nirav Modi scandal. Official bank records of LOU (Letters of Understanding that facilitates loans from other banks) issued by Punjab National Bank to Nirav Modi have appeared in the media and they show that the letters were issued during 2017-18. Ravishankar Prasad’s contention that the jeweller’s appearance in a photograph with the Prime Minister in Davos was “a coincidence” also stands demolished. Protocol governs such occasions and nothing happens without prior clearance. No “coincidence” is permitted.

According to PTI, the national news agency, Finance Minister Arun Jaitley travelled to Davos with a “100-strong Indian delegation” of prominent businessmen. Among them was Nirav Modi. The attempt by apologists of the Government should be not to look at this banking scandal from a politically partisan viewpoint, but from the viewpoint of national interest. Whether under the Congress or the BJP, businessmen who cheat banks are cheating the citizens and the country. They should be handled from that defining angle.

Those who have eyes to see can see that scandals of this kind cannot happen without the knowledge and/or condonation and/or participation of politicians in power. Suspicions about the Modi style of operations had surfaced in the diamond business circles as far back as in 2015. A potential investor who had felt cheated had reported to the Police twice, then to the CBI. With neither taking any action, the investor alerted the PMO which forwarded the matter to the Registrar of Companies who chose to close the complaint. Could this happen without the involvement of well-placed politicians and officials?

Equally relevant is the question: Could Modi have escaped from India in the nick of time without official collusion?

In the immediate family he is the only one with an Indian passport. His sixth sense stirred when two senior staffers of the PNB who had the power to issue LOUs left India in November last year. In a measured manner thereafter he, business partner/uncle Mehul Choksi and some family members quietly and separately took flights out of the country. All that India could do was seize their assets within its borders and send look-out notices. Big deal.

What we see here is the old story of VIP offenders being helped by our law enforcers to escape from the law of the land. When the Bhopal gas tragedy, described as the world’s worst industrial disaster, killed 4,000 to 8000 and maimed countless others in 1984, senior Ministers in Delhi helped Union Carbide Chief Anderson escape from India. Ottavio Quattrocchi, Italian business agent who became so close to Sonia Gandhi’s family that his four children, all born in India, and Sonia’s children grew up together, finally fell foul of the law in 1993 but was helped to escape from the country overnight so to speak. And then we have our modern touch-me-not VIPs, Lalit Modi and Vijay Mallya living in luxury abroad beyond the reach of India’s reluctant hands.

Nirav Modi has politely declined to co-operate with the CBI in its inquiries against him. Why not? Is Vijay Mallya co-operating with the CBI? Has anyone in our great country dared touch Lalit Modi? His pals are in high office in Rajasthan and Delhi. This is India that is Bharat — and this is how it will be irrespective of which party is in power.