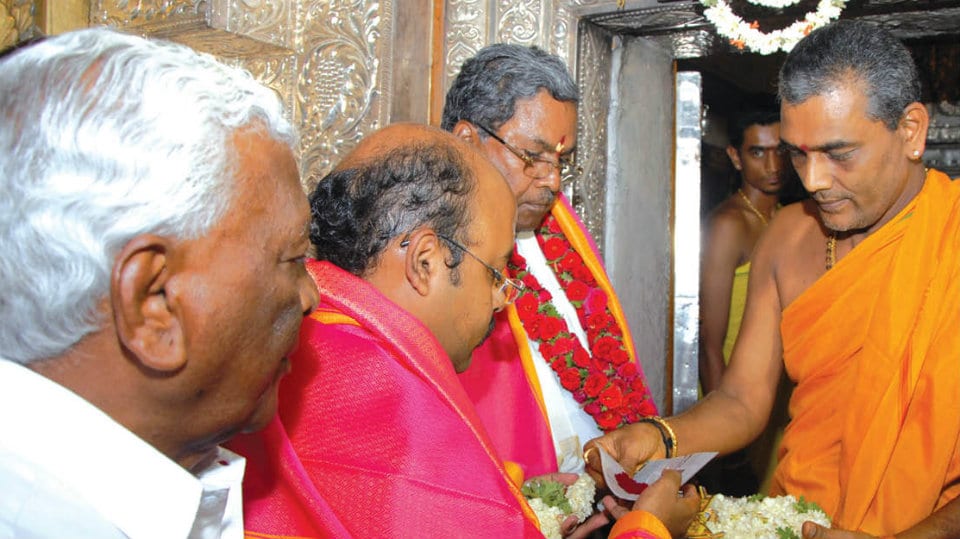 Many candidates waited for Friday and filed their papers at the auspicious hour. G.T. Devegowda, who entered the Returning Officer’s chamber at Mini Vidhana Soudha to file his nomination papers, sat in the returning officer’s chamber waiting for the clock to strike an ‘auspicious hour’ of 2.10 pm to complete the formalities.

Astrologers said that Friday, being the Vyshaaka Masa Panchami (the fifth day of the second month of the Hindu calendar), was considered favourable. Victory is sure for those who follow the time as per astrology. Being Friday, one has to do Devistuthi (worship the Goddess) and it is considered auspicious. Those who do this will lead the race and they will not face any hurdle, astrologers said.

Even Siddharamaiah, who is generally projected as a ‘not-so-God-fearing’ person, offered pujas at three temples — Siddarameshwara Temple at Siddaramanahundi, Chamundeshwari Temple atop Chamundi Hill and Kote Anjaneya Temple located at the North Gate of Mysuru Palace.

5 COMMENTS ON THIS POST To “GTD waits for auspicious time to file papers, CM visits 3 temples”