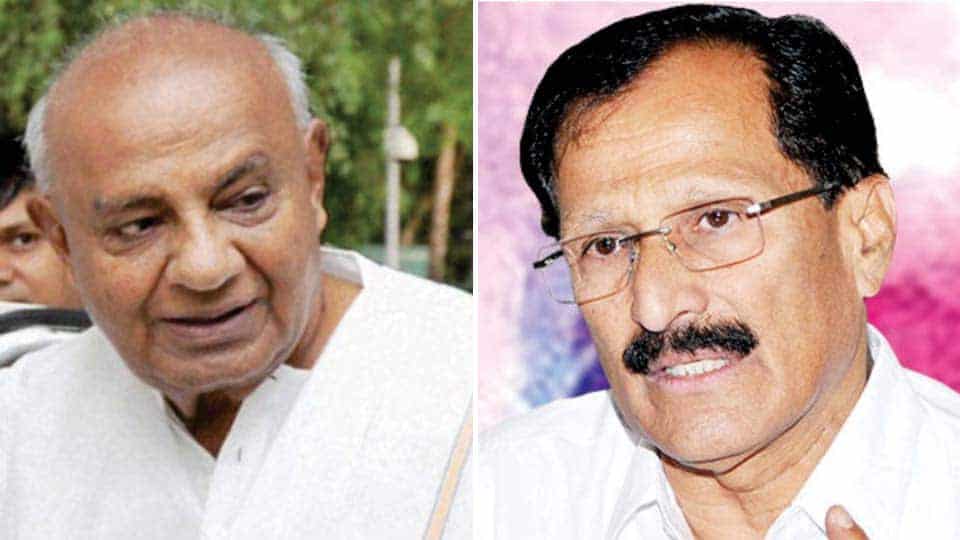 Bengaluru: Ending days of suspense, JD (S) on yesterday said its National President and former Prime Minister H.D. Deve Gowda will contest the Lok Sabha poll from Tumkur. The 85-year-old JD(S) patriarch had earlier expressed doubts about contesting the polls, saying he was thinking about his “usefulness” in the national capital.

Deve Gowda will file his nomination on Mar. 25, he said, adding that JD(S) and Congress leaders will be present on the occasion. Gowda ceded the Hassan seat that he had been representing to his grandson Prajwal Revanna.

Though there was pressure within JD(S) for their party supremo to contest from Bangalore North, it was apprehensive about Congress’ complete support there as most party’s MLAs there are considered close to Gowda’s bete noire Siddharamaiah. It was feared that the MLAs may seek to take revenge for the former Chief Minister’s defeat from Chamundeshwari in the 2018 Assembly polls.

Interestingly, JD(S)’ announcement on Gowda’s Constituency comes on a day when Congress’ sitting Member of Parliament from Tumkur S.P. Muddahanumegowda said he would file his nomination on Monday, Mar. 25 as the party candidate.

“I still have confidence of senior Congress leaders convincing Deve Gowda to give up this seat in favour of Congress and giving me the ticket to contest. If I did not get the ticket I will file nomination as Congress candidate on Monday,” Muddahanumegowda told a crowded press conference.

Muddahanumegowda’s decision goes against the seat sharing arrangement reached between the Congress and JD(S), according to which Tumkur seat has gone to the regional party. If Muddahanumegowda contests from Tumkur as a rebel, it will add to the Congress-JD(S) coalition worries as the alliance is facing backlash at several places, including Mandya and Hassan, with party workers unhappy with the seat arrangements.

In Tumkur, there is simmering discontent within the Congress’ local leadership about ceding the seat to JD(S), despite party having a sitting MP there. For the coalition to emerge as a formidable Opposition to BJP and win more number of seats, it is crucial for the Congress to transfer its votes to JD(S) and vice-versa, including Mandya.