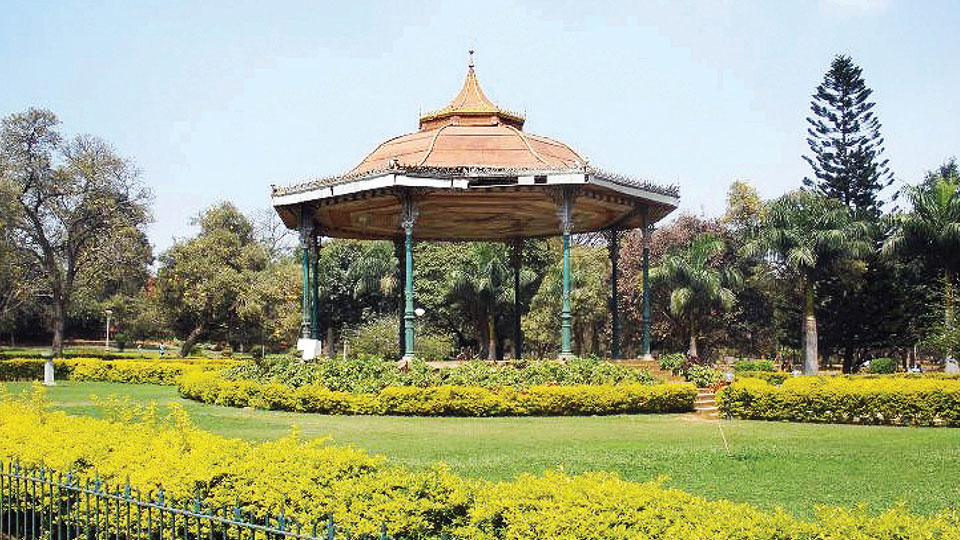 During our several meetings with Mysuru Urban Development Authority (MUDA) in connection with Draft of Mysuru-Nanjangud Master Plan-2031 time and again we were assured, both by the Master Plan consultants and the MUDA top officials, that their main objective was not to allow Mysuru go the Bengaluru way. That was between 2013-14.

Now the approved Master Plan is under implementation for nearly past 5 years and the conditions in and around Mysuru, as they stand today, do not seem to support the assurances made by the concerned authorities back then. It looks as though Mysuru has already gone Bengaluru way! To understand this stark reality, one has to first understand what is meant by Bengaluru way? Briefly, the Bengaluru way means a ‘failed city.’

In a very recent Editorial, a leading newspaper of the State has this to say about our capital city — “For about a quarter of a century now, one Karnataka Chief Minister after another has been promising Bengalureans the moon or rather promising to turn it into a Singapore, a Dubai, a ‘Smart City’, or other dreamscapes. In reality, though Bengaluru has remained closer to a cratered moon and every aspect of the city and life in it has deteriorated over the years. We are rapidly hurtling towards a point of no return…

…Bengaluru is a failed city in nearly every sense of the term. Not even a single stretch of road is free of potholes, walkable footpaths are non-existent in most areas, building violations and illegal constructions are the order of the day, waste management is a disaster, lakes are fast disappearing or are utterly polluted, the storm-water drain system has been destroyed by the builder-official nexus and the city gets flooded with every downpour and potable water is still a pipe-dream for many. Even Namma Metro continues to  progress at a snail’s pace and will not have the extensive presence it must have to relieve the city of its traffic mess until well after 2030. Civic Bodies and utility agencies remain rampantly corrupt and inefficient and promises to reform them remain unfulfilled.”

Above quote substantially establishes the pathetic conditions prevailing at  present in Bengaluru. But why are we moaning this condition of Bengaluru when most of our major urban centres, not excluding the national capital, are in similar condition? To understand this we will have to very briefly visit the unique place of Bengaluru in our State’s and national history.

A city with a touch of Europe!

READ ALSO  Tipu Armoury on rails: Armoury was elevated and moved by about 25 metres on Day 1

Magadi Kempegowda is credited with laying the foundation for this city in 1537 with a mud fort. His vision for the city’s expansion could be seen in the boundary pillars he had erected nearly 500 years ago! If Hyder Ali waged a war to claim the control of Bengaluru, his son Tipu Sultan, born in Devanahalli, had left his Palace as a memory of his relationship with this city. The British found out that Bangalore (the earlier format of the name) with its higher altitude and thousands of lakes around had a salubrious weather all round the year. Hence, they established in Bangalore a very important Cantonment.

A large number of British citizens, including Winston Churchill, lived here. Europeans and Anglo-Indians, who worked and lived in the neighbouring Kolar Gold Field [KGF] gold mines patronised Bangalore for their social and commercial requirements. Thus, this city became an active centre for the Europeans and the Anglo-Indian population.

Consequently, Bangalore acquired a shade of an European town!  The Parade Ground and the surrounding complexes of Cinema Houses, the Brigade Road, the Commercial Street and the Mahatma Gandhi Road were full of European touch.

The contributions of the Wadiyars was also substantial in making Bangalore what it was. Even when Mysuru City was the capital of erstwhile Mysore State, Wadiyars had  developed Bangalore with special interests. Town Planning was the fulcrum around which this city grew.  They planned the residential layouts with parks, well laid out roads, road side trees, conservancy lanes, underground drainage and electricity. They also built the Palace, buildings with gothic architecture and huge gardens. Lalbagh is an old botanical garden in Bengaluru. Said to be first planned and laid out during the Dalavaiship of Hyder Ali and later managed under numerous British Superintendents, its Glass House is a model for other gardens. Huge Cubbon Park is another landmark of this city. No surprise that over a  period this city came to be known as a Garden City.

As part of their progressive administrative policies for the State, Wadiyars had implemented Regionally Balanced Socio-Economic Policies. As per this, suitable industrial units were located in different parts of the State. Bengaluru had got its own share in the form of Government Soap factory, Government Electric Factory and many others. However, industrial development being part of planned city development never caused adverse effects on the urban life. Rather it contributed to its socio-economic dynamics.

During the first two decades after independence, the State had the good fortune of a very dynamic political leadership. They were men of eminence and integrity coupled with high degree of local concerns. Politicians such as Kadidal Manjappa, K. Hanumanthaiah and Nijalingappa had national prominence both in the Government and the Indian Congress Party. They gave importance to the socio-economic development of the State in general and the Bangalore city in particular by choosing it as the State capital under great odds. Maintenance of the heritage of the city was given its due prominence. Location and the architect of Vidhana Soudha stand testimony to the political culture of the time.

Because of very conducive socio-economic-political environment, Bengaluru attracted a series of Public Sector enterprises (many connected with the defence) like HAL, HMT, ITI, BEL, BHEL, Railway Wheels Factory, DRDO, ISRO and many others, which had huge campuses of their own. Even Private Sectors like Kirloskar, MICO and Kisan had put up a few important units in and around this city. Foreign collaborations in some of these industries gave Bangalore an international image. Over a time, the city acquired the honour of having Asia’s largest Industrial Estate of ancillary and small units in Peenya. However, industrialisation of Bangalore did not damage the landscape of the city as either they were non-polluting in nature or they were located away from the residential layouts.

Industrialisation  enhanced the employment prospects of the citizens. As other major cities of the country had become highly congested and polluted, Bangalore glittered for its elegance, gardens and laid back large city. All over the country, Bangalore acquired prominence as a well-planned and clean city and a sophisticated large urban centre of the country. So much so, during 1980s when well-established business houses and industrial units found the Communist rule in Calcutta oppressive, many of them shifted to Bengaluru. Businessmen and Business Houses from Bombay and Delhi found Bangalore an attractive investment destination as also a very tantalising living place. By the eighties, Bangalore was turning into a large industrial, commercial and a residential city of the country.

5 COMMENTS ON THIS POST To “Has Mysuru gone Bengaluru way?-1: Bangalore’s Glorious Days”