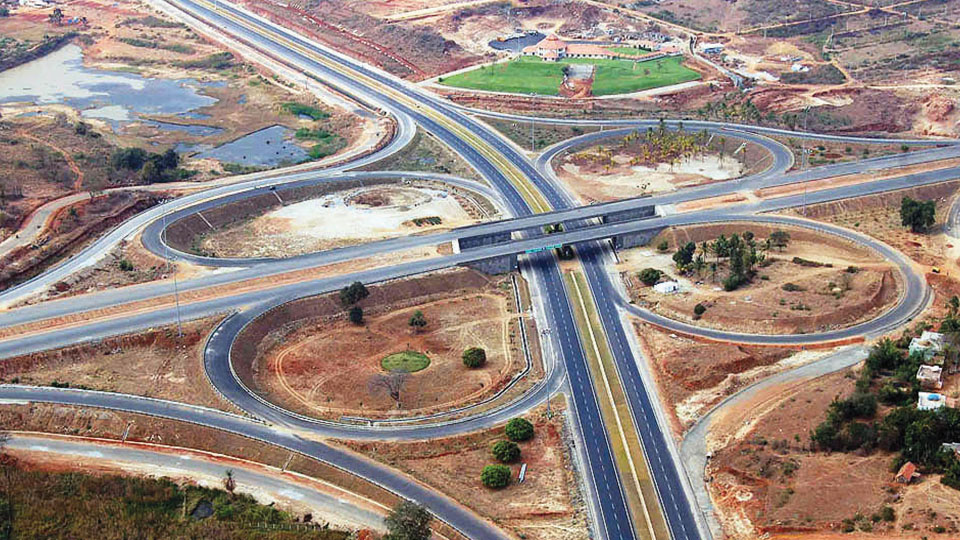 Nehru’s appreciation was justified. Bangalore of pre-nineteen eighties was indeed “in many ways, …unlike other great cities of India. However, as explained earlier, things were fast changing, and changing beyond Nehru’s prediction! India Today 15th April 1983 issue focused on Bangalore as The Boom City of the country.  However, the two consecutive decades — 1990s and 2000 — changed the entire edifice of Bengaluru. Economic Policy of Liberalisation, Privatisation and Globalisation [LPG], during 1990s stimulated the growth of large private sector units and thousands of ancillary and small units supporting them, in and around Bengaluru. The city was stormed by an influx of economic activities. As if that was not enough, the global fear of Y2K became a stimulant in the growth of Information Technology [IT] units in Bengaluru. Quick solution from Bengaluru to the Y2K fear not only prevented the IT crisis all over the world, but it also created a second Silicon Valley of the world in Bengaluru.

The demand for housing was so rapid and high that the existing residential layouts were overrun. People started to let their spare accommodations for making money. Factories and Offices also demanded greater land spaces. The demand for land outpaced the availability within the planned residential, commercial and industrial areas. Consequently the villages adjoining the city automatically became the extended part of the city without even waiting for formal inclusion within the city planning area.

With a fantastic growth rate of 76 percent in the last decade, Bangalore has outstripped the 12 other cities in the country which have a population of more than 10 lakhs. Only Jaipur with 57 percent and Delhi with 56 percent come anywhere close to matching Bangalore’s phenomenal growth rate. The percentage growth for the other nine cities in the last decade was — Pune: 48, Ahmedabad: 43, Hyderabad: 40, Nagpur: 39, Bombay: 37, Madras: 34, Kanpur: 32, Calcutta: 30, and Lucknow: 23. The all-India average for cities was 46 percent. Bangalore is now estimated to be among the first 10 fastest growing cities in the world.

The Kiss of Death

The negative impacts on the garden city were very severe. City planning gave way to post-facto absorption of chaotically grown adjoining villages into the city folds. City planning became a misnomer. Density of population graph had hit the north pole! Once the compromise on planning was forced, it laid the foundation for corruption and huge unplanned growth of buildings of all kinds. Land mafias made their diabolic presence. Residential zones got merged with the commercial and industrial complexes. Open spaces and gardens started to vanish. Sanitation and hygiene were out of gear. The presence of State Government in this capital city, instead of becoming a controlling point, seemed to have become an accomplice in the fast deteriorating conditions. A Garden City systematically got converted into a Garbage City !

The consequences of such unprecedented growth of Bangalore was not unknown to the authorities. As apprehended by Ramakrishna Hegde, the then Chief Minister of the State, Bangalore did continue to explode haphazardly and the boom did bring it such a prosperity which did become its Kiss of Death!

If immediate action is taken to control the crazy, unplanned growth of the city, it would be possible to make this city liveable. Otherwise, it may go the way of other big cities. We must regulate Bangalore’s growth. Or else, if Bangalore continues to explode haphazardly, the boom that brought it so much prosperity may easily be the kiss of death. — The then Chief Minister R.K. Hegde

Hosur’s Growth and Its Impact

Tamil Nadu Government had correctly assessed the crucial location and growth prospects of Bangalore quite early, as early as in 1970s. It put up Industrial Estate at Hosur, located at the periphery of Bangalore and its borders with Karnataka State. Making use of the financial and infrastructural incentives available in this Industrial Estate and also because the advantages of the airport facility and residential facilities in neighbouring Bangalore, a large number of industries started to locate themselves in Hosur. Over a period, Hosur went on to develop into a very large industrial complex. Its growth heavily taxed the infrastructural facilities available in the city of Bangalore.

Government of Karnataka was lethargic in countering the attractions provided by the Tamil Nadu State in Hosur Industrial complex. Consequently, Hosur and Tamil Nadu bolted with a very fast economic growth in the area. Whereas, Bangalore was burdened by the influx of population and traffic without much revenues either to the city’s municipal administration or to the State exchequer. Tamil Nadu gained at the cost of Karnataka!  Tamil Nadu’s gain was Karnataka’s huge loss.

There are multiple factors which have resulted in the downfall of Bengaluru during the past 25 years. But here we will analyse two main factors only. These are the factors which would have prevented Bengaluru from becoming highly congested and losing its grandeur of the past.

First, the dropping of Bangalore-Mysore NICE Corridor Project. During the later part of 1990s, Karnataka Government entered into an agreement with the Nandi Infrastructure Company to build under PPP model a new road linking Bangalore with Mysore to relieve the traffic congestion on the existing State highway between the two important cities of the State. This new road was to by-pass Kanakapura, Malavalli and reach Mysore via Bannur. It was a grand plan which would have benefited both Bangalore and Mysore. Idea was to develop these two cities as twin cities like Mumbai and Pune had become due to a new Express Highway link.

A lot of enthusiasm was generated by this project. The land acquisition rights were also granted to the company and the company started to acquire the land. Suddenly the project got stalled due to the disputes regarding the road alignment at several places. Government and the Company got into legal tangle. And the PPP gradually got into cold storage. There were a lot of stories floating thereafter. Some alleged that some lands belonging to a big political family caused it, some stated that the percentage of commission to be given to the decision facilitators was the cause, some said that the competing enterprises sabotaged the entire project by planting discord between the politicians and the PPP developers and so on. Consequence was legal battles and total end of this very ambitious project that could have saved Bangalore from its present situation.

Just imagine for a moment, had this project got through as scheduled, Mysore would have grown into another industrially well developed city of the State and the country. Lack of political sagacity and corruption at the top level killed this project as also the prospects of smooth growth of two important cities! And the Central Government need not have spent rupees nine thousand crores on expansion of Mysore Highway which it is doing now and the two cities would have had the advantage of two Highways servicing them, instead of only one! The opportunity cost of such irrational decision to drop the NICE Economic Corridor project have been tremendous, both in financial terms and in terms of economic development.

9 COMMENTS ON THIS POST To “Has Mysuru gone Bengaluru way?—2: A Boom City that went Burst”