Home » Columns » Hate in the time of Coronavirus 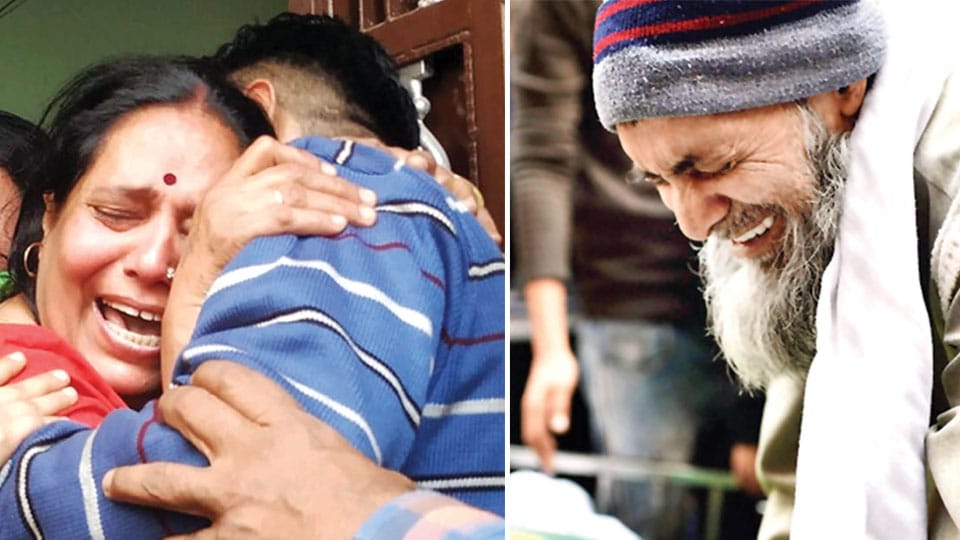 Hate in the time of Coronavirus

Coronavirus brings death, but it sure is less macabre than the death brought by rioting mobs of Delhi. Coronavirus kills one with fever, unlike rioters in East Delhi who killed Ankit Sharma with hundreds of stab wounds or shot Mudassir Khan in his head as he simply stood outside his house.

No wonder then that the single most devastating weapon of mass destruction has been religion. Religion has killed more humans in history than any war, epidemic or natural disaster.

In fact, sometimes even the most empathetic can be blinded by the power of religion. I say this because I remember in 1996 when the fanatically Christian nation, Ireland, held a referendum on whether its State Constitution should continue to prohibit divorce, a pro-Christian group flew Mother Teresa to Ireland from Calcutta to campaign for the “No Divorce” rule to be retained! Interestingly, the same year I read an interview of Mother Teresa where she said her friend Princess Diana would be happier after she “escaped” from a miserable marriage!

While Mother Teresa did not want ordinary Irish women to “escape” an intolerable husband, she wanted her “friend” to have that option?!

Yes, a religious institution had forced this saint of a woman to campaign for a “repressive” rule, a rule she herself did not believe in!

Yes, religious institutions can make us do what we don’t believe in. That is why, French Philosopher Voltaire said, “People who can make you believe in absurdities can also make you commit atrocities.” And that is what is happening in Delhi now.

People have believed absurdities from both sides. While anti-CAA protestors have been convinced that BJP Government has the ability to relocate 200 million Indian Muslims, the population size of France, Germany, Belgium, Netherlands and Italy put together into walled detention camps, the pro-CAA protestors have been convinced that CAA will make India a real Hindustan. Both absurd.

Speaking of absurdities, the media since Feb. 23, when the East Delhi riots began has been unprofessional to a point of being absurd. One journalist tweeted a disturbing picture of assault without even checking its authenticity, then removed it and then re-posted it!

One news channel only showed the heart- wrenching video of Mudassir Khan’s young relative in tears but completely ignored the weeping mother of Ankit Sharma. Another channel did the exact opposite. Isn’t this one-sided report a way of inciting anger?

The bias was blatant. One section of the media displayed a photo of the now infamous body-builder brandishing a gun along with people carrying “something orange” and captioned it “pro-CAA” mob with saffron flags. But when it turned out the shooter was in fact from “anti-CAA” mob and that the saffron flags were just orange soft-drink crates, the news stopped appearing.

Meanwhile, another media which initially did not highlight the same picture was now  sensationalising it after it was proven that it was anti-CAA mob.

Media coverage has been biased at all levels. Yes, the editorial pages of media can have an opinion, but it should not creep into its news reports.

After all, journalism should be guided by the philosophy of British Journalist C.P. Scott who said, “Comments are free but facts are sacred.”

Even worse the media has not been generous in highlighting positive stories. No one was there to sensationalise when Hindus and Sikhs visited every Muslim household in an area called Laxmi Nagar assuring them they are safe and even stood in vigil as right wing mobs took a march nearby.

There was no prime time report sensationalising how in Chand Bagh, a temple was protected by Muslims of the area.

Aren’t these stories important for a society in these times of religious animosity? Instead even the so-called reputed media houses, including the international ones, turned one- sided. It seems most media houses have taken sides.

This reminds me of late Chief Election Commissioner T. N. Seshan, who  once while criticising the Media was reminded by a few journalists that it was the same media that spread word of his good work. Seshan curtly retorted, “If my chastity is being proclaimed by prostitutes, I don’t want such chastity.”

For now, with the loss of credibility of Media, the durability of our Democracy too will be destroyed. Meanwhile, may be if Coronavirus comes to Delhi there will be Peace along with Death of course… but unlike now there won’t be riots, arson, looting and ghastly murders.