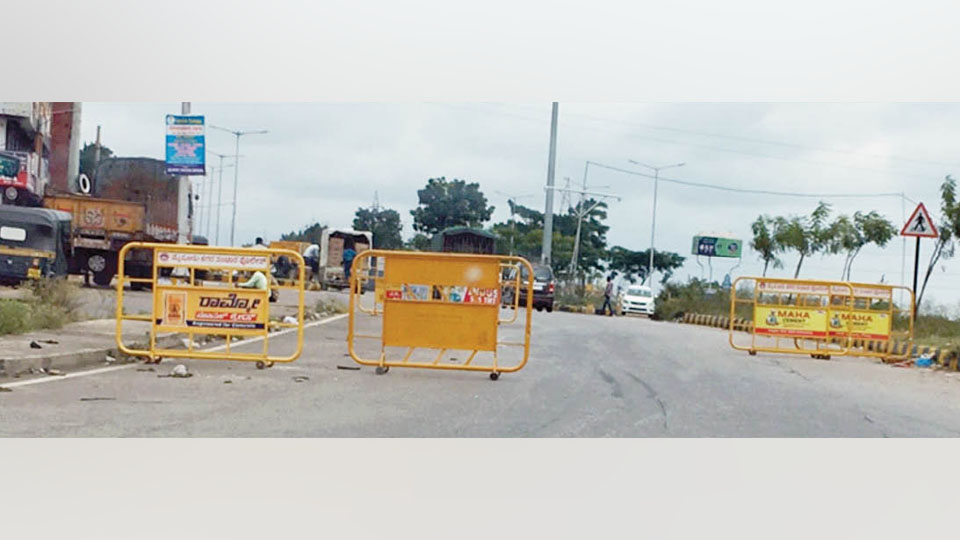 During a recent trip to Mysuru, I was appalled to see barricades on busy roads, particularly those that often see high-speed traffic (like the Ring Road and Hunsur Road). Upon close observation of these poorly maintained structures, these barricades appeared to have been erected by the City Police and conveniently forgotten.

Furthermore, I concluded that these were alternatives for road humps, particularly at intersections (see pic above). I was also told that these barricades come in handy during “nakabandi” operations, which makes complete sense when there is law enforcement on site to direct the traffic.

However, when such an operation has been concluded, wouldn’t it make sense (in the interest of public safety) to keep them aside? Should these structures be destined to become “permanent residents”, a warning sign erected to warn drivers might be a viable “band-aid” solution. Particularly for tourists who come out of town in their swanky and powerful cars, such barricades could serve as an invitation to the hospital or a nearby morgue.

While there is so much talk about making Mysuru tourist friendly, I think it is high time that the District Administration and the Police Department did something to curb this problem.