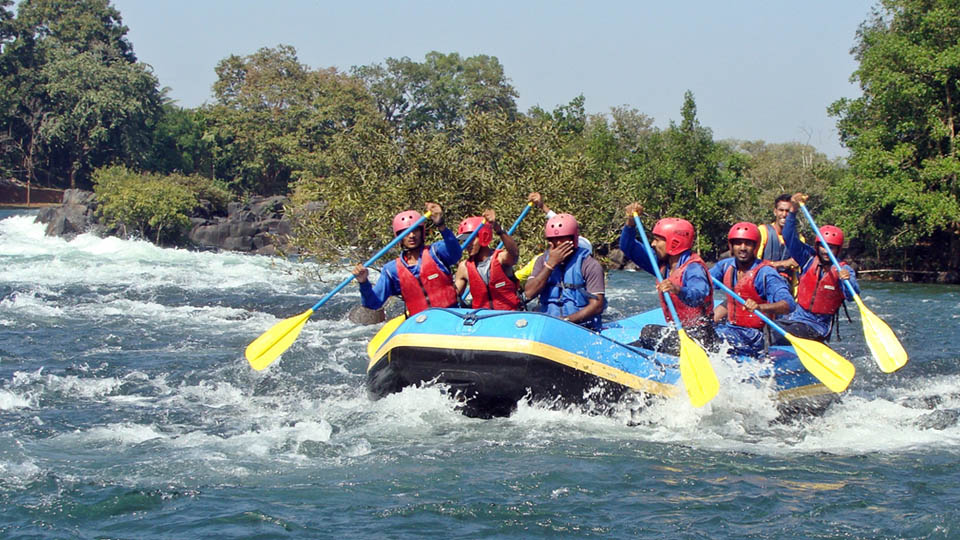 Bengaluru:  The Karnataka High Court, on July 6, stayed an order by the Deputy Commissioner of Kodagu preventing river rafting activities in Kodagu. The petition was filed by a rafting licence holder.

The District Administration and several licence holders are engaged in legal battles over the issue for the last several months and the Madikeri Sessions Court is hearing the cases. The High Court has directed the Sessions Court to dispose of the case within three months.

In March this year, Kodagu Deputy Commissioner P.I. Sreevidya had banned river rafting activity and white water rafting across the district for one month and subsequently extended the ban. In her order, the DC stated that there were many adventure organisations and home stays running river rafting activities without permission.

The DC issued the orders in the wake of several complaints from the tourists and villagers that adventure activity organisers have no expertise in river rafting and some of them are organising such events just to make money. Mandatory safety measures are not being followed by the organisers and lives are at stake, the tourists complained.

It may be recalled here that a tourist from Hyderabad had got into an argument with an organiser of river rafting in Dubare on Feb.15 and was killed in the ensuing altercation. It had come to the notice of the District Administration that many organisers of the adventure sport submitted fake documents to the DC and there was a no match between the permission letters and the submitted letter.

One B.C. Madaiah, a resident of Nanjarayapatna village in Somwarpet taluk, had approached the High Court against the order of the DC. He had earlier approached the Sessions Court in Madikeri which refused to grant a stay on the DC’s order.

Madaiah contended that he was a licence holder and also had No Objection Certificates to conduct river rafting activities in Cauvery River from different departments. The DC, however, considering that river rafting was a dangerous game and that there was no scheme for granting licence, prevented all such activities. The DC also directed the constitution of a ‘River Rafting Committee’ for the purpose of giving licences for river rafting.

The HC issued interim stay on the order of the DC till the case in the Sessions Court was disposed of. It directed the Sessions Judge “to expedite the matter itself and dispose of the same as expeditiously as possible within three months from the date of receipt of a copy  of this order.”