Home » News » Heart on the Move 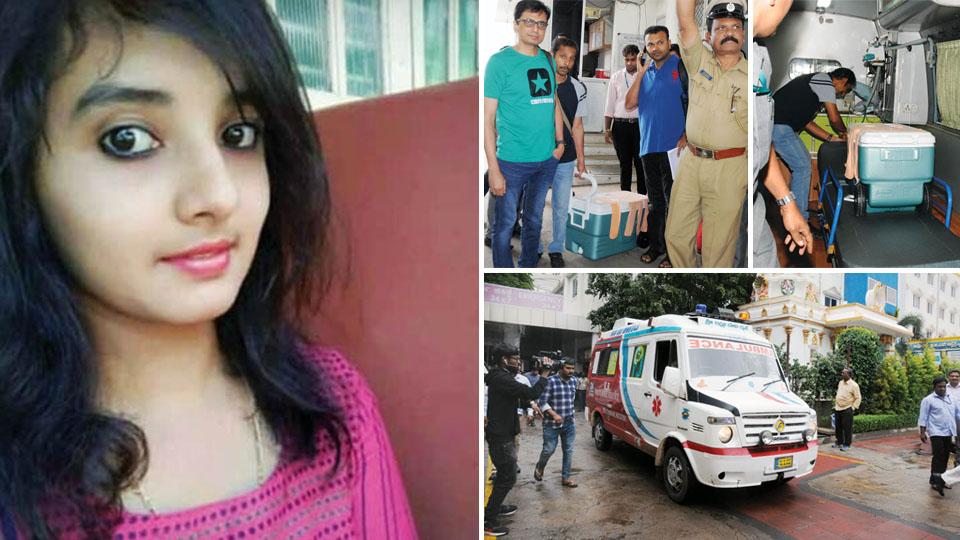 Heart on the Move

Mysuru: It was an hour of grief for the family of 21-year-old M.C. Namana when they heard that their daughter, who met with an accident, did not respond to treatment and might die despite the best efforts of the doctors. However, in spite of irreparable loss, Namana’s family donated the live organs of the young girl.

To transport Namana’s live heart, eyes, lungs and kidneys, a ‘green corridor’ was activated in city this afternoon from Apollo BGS Hospital, Kuvempunagar to BGS Global Hospital at Kengeri near Bengaluru. The ICU-equipped advanced ambulance left the Kuvempunagar Hospital at 12 noon and reached Kengeri at 1.47 pm, covering an approximate distance of 133.4 km.

The Mysuru Police, along with their counterparts at Srirangapatna, Mandya and Maddur created a corridor free of traffic signals to facilitate transfer of the vital organs smoothly. This system is also referred to as the ‘green corridor’ wherein all the traffic lights on the particular route are lit green.

Namana suffered grievous head injuries on  July 5 evening when the bike she was travelling along with her friend Aravinda Rao met with an accident at Chamundi Hill.

Namana and Aravinda were proceeding downhill after visiting Chamundeshwari Temple when a car rammed into the bike and sped away near the Watch Tower Junction.

While Aravinda Rao died on the way to hospital, Namana, hailing from Sakleshpur near Hassan, sustained severe injuries. Namana was rushed to the Apollo Hospital in Mysuru. Both Aravinda and Namana were B.Com students.

Doctors treating Namana had told her parents yesterday that she was not responding to treatment despite their best efforts to revive her. The parents were told that Namana’s multiple organs were gradually failing and the medical intervention did not show any progress. Her chances of survival were bleak.

Considering their daughter’s critical condition, Namana’s parents decided to donate her vital organs and informed the doctors who then arranged for the transport. After certifying that the organs were fit to be transported and transplanted to recipients, legal formalities were completed and the consent of the parents were obtained.

Doctors at Apollo Hospital then contacted BGS Global Hospital, Bengaluru that consented to accept the organs. Accordingly, surgery process began at 6 am today and the organs were harvested and stored in hi-tech containers. Hospital authorities then contacted City Police Commissioner A. Subramanyeswara Rao and requested him for the green corridor.

Initially, the Police, after informing the ground-level officers in Mysuru, Srirangapatna and Mandya cleared the route via Ring Road. But as the ambulance had to travel 18 kilometres extra, another route within the city was cleared. Accordingly, the ambulance, along with two siren-blazing police jeeps and two escort vehicles, proceeded from Kuvempunagar, K.G. Koppal Underpass, Court Road, Vinobha Road, Hotel Metropole, JLB Road, RMC Circle, Highway Circle and Millennium Circle to hit the Bengaluru Highway. 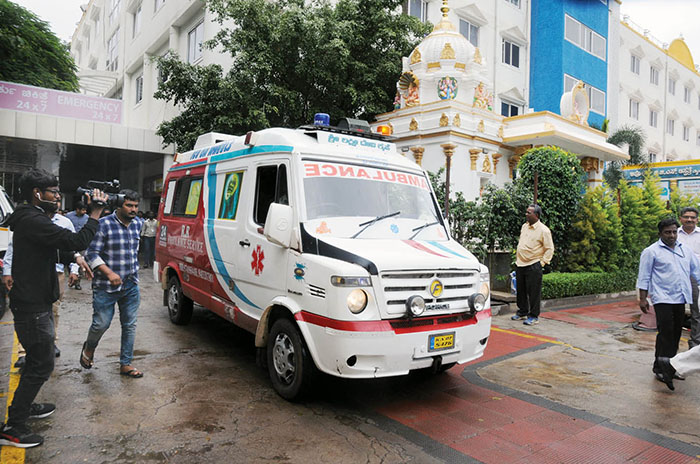 After the ambulance crossed Mysuru and headed towards Srirangapatna, signal-free barricaded corridor was created. Usually, the respective Police jurisdictions take over the responsibility of escorting such ambulances. But today it were the same two escort vehicles that led the ambulance till Bengaluru.

10 COMMENTS ON THIS POST To “Heart on the Move”