Home » News » Hindutva is a way of life: Speaker 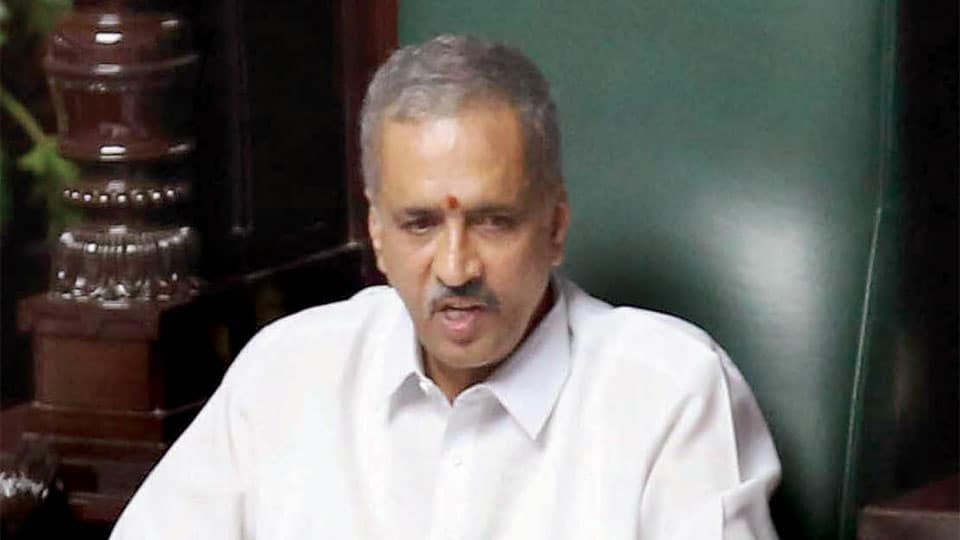 Hindutva is a way of life: Speaker

Bengaluru: As expected, BJP MLA from Sirsi Assembly segment in Uttar Kannada district, Vishweshwar Hegde Kageri was elected unopposed as the new Assembly Speaker yesterday. The post was vacant after K.R. Ramesh Kumar, a Congress MLA from Srinivaspur, quit soon after B.S. Yediyurappa (BSY) won the Floor Test on Monday by a voice-vote.

The election of Kageri was a foregone conclusion as the Opposition Congress and JD(S) did not field any candidate before the deadline ended at 12 noon on July 30.

A six-time MLA from the BJP, Kageri was the Minister for Primary and Secondary Education during the BJP rule in the State.

CLP leader and former CM Siddharamaiah said that it is a traditional practice that the Speaker is elected unopposed and as such the Congress did not field its candidate.

Expressing concern that Parliamentary democracy is taking a hit these days, the CLP leader said that the continuation of this trend may ultimately lead to the collapse of Democracy.

Former CM H.D. Kumaraswamy, in his address, regretted that the norm of holding Legislature Session for 60 days a year is not being followed. He wished that this norm be followed at least during Kageri’s  tenure as Speaker.

Former Speaker Ramesh Kumar said, it was important that the Speaker follows the rules in a Democratic set up. Stressing on the need for more debates on issues concerning the people, he advised Kageri to function in such a manner so as to uphold the dignity of the post.

Addressing the Assembly Session after his formal election as the 22nd Speaker, Kageri maintained that Hindutva is a way of life and was very much part of national identity.

Recalling his association with the RSS and ABVP, Kageri explained his growth in politics since the days he joined the BJP.

Pointing out that Yediyurappa, K.S. Eshwarappa, late H.N. Ananth Kumar and other top BJP leaders had supported him politically, Kageri appealed the members to evaluate him on his performance rather than debating whether he (Kageri) was fit for the post. He further said that it was the responsibility of elected representatives to behave in a responsible manner and respond to the people’s grievances.