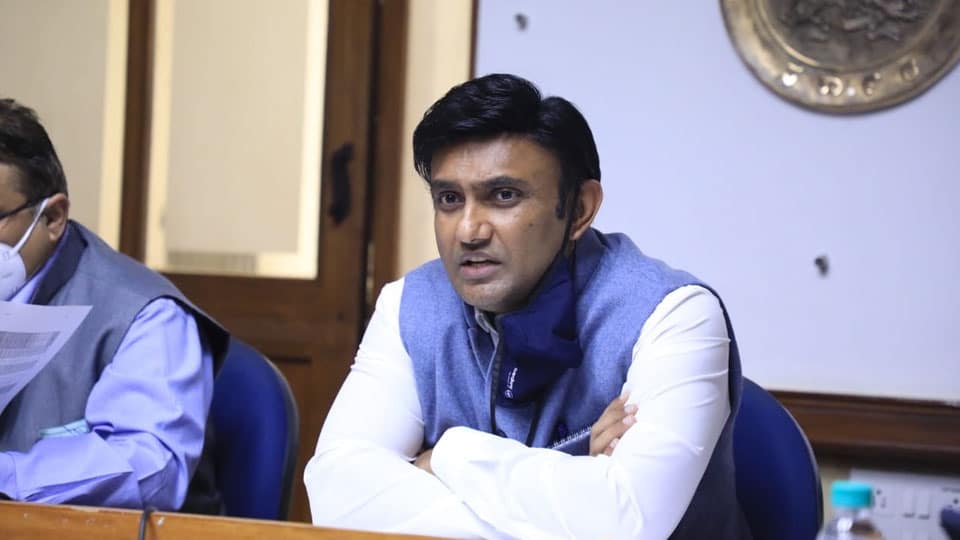 Bengaluru: State is well prepared for the possible second wave of the pandemic. Ten District Hospitals and 30 Taluk Hospitals have been provided with Rs. 37.72 crore for procuring Oxygen generator and other equipment, said Health and Medical Education Minister Dr. K. Sudhakar.

Speaking to media at Vidhana Soudha after a meeting with Task Force Committee here on Friday, the Minister said Deputy Chief Minister Govind Karjol has been newly-appointed as Chairman of the Task Force Committee and discussion had been held with them to contain the spread of the infection for next 3 months. As much as Rs. 11.32 crore had been set aside for purchasing Rapid Antigen Kit and Rs. 22.50 crore for medicine purchase for next 90 days.

The Minister said Government rate for Remdesivir has been fixed at Rs. 1,800. They have received complaints that some private hospitals were overcharging for this medicine. Action will be taken against such hospitals under KPME Act, he warned.

Dr. Sudhakar also held Covid review meeting with officials of 10 districts including Bengaluru Urban. The Minister said in view of the possible second wave, it was ordered to restrict public gatherings like New Year celebrations. It is also instructed to keep minimum gatherings during Dec. 20 to Jan. second week to contain the spread of the virus.