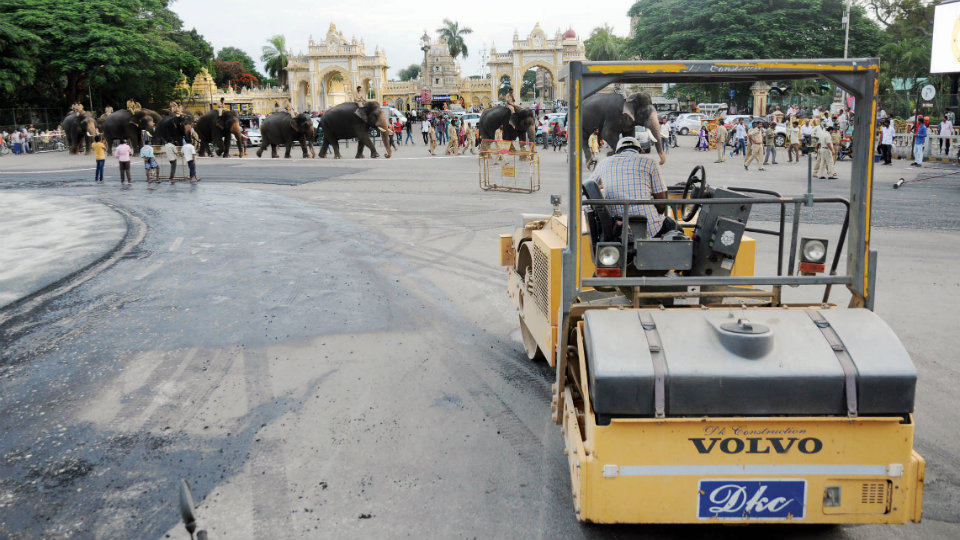 Mysuru:  With just 22 days remaining for Naada Habba Dasara festivities to begin, hectic last minute preparations are on to ensure that the celebrations are memorable.

In the midst of preparations for the annual festival, the Mysuru City Corporation (MCC) took up the ashphalting, pothole-filling and beautification works on Raja Marga route, besides the key arterial roads including road-marking,  median painting and kerbstone painting.

As per the instructions from District Minister G.T. Devegowda, the MCC had already started the pothole-filling, beautification, median painting and other works a week ago. Such hotch-potch works have started simultaneously in all nine Zonal limits of the MCC.

Work orders have been given to the contractors concerned to initiate the works after completing tender process, according to sources in the Corporation. 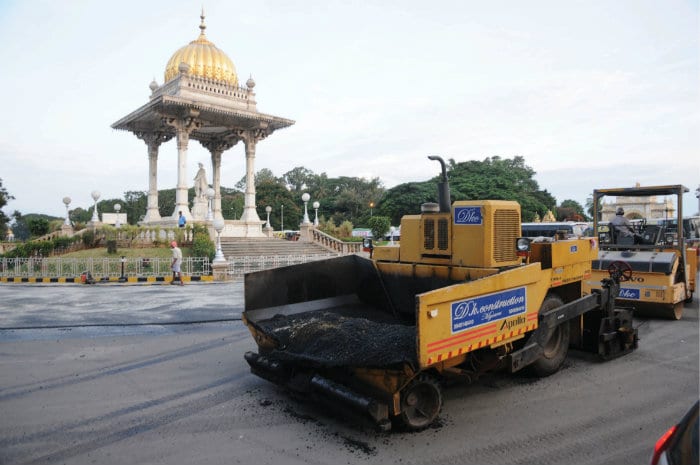 MCC has taken up pot-filling and asphalting works on a war-footing with special emphasis on roads and footpaths in and around Mysore Palace, Hardinge Circle, Mysuru City Corporation besides the arterial roads leading to Bannimantap, Chamundi Hill and other tourist-frequented area Roads.

The MCC has also taken up minor repair works on either side of the Raja Marga and footpaths. Drainage repair, other minor works are being taken up on both sides of the Dasara procession route with special attention.

Road asphalting and pot-filling works are being taken up in full swing from Kote Anjaneyaswamy temple on North Gate of Mysore Palace till Clock Tower Circle (near Ashoka Road Junction) from last two days.

Pothole Filling  and Asphalting Machines are pressed into service by the contractors in around and the Mysore Palace to complete the work on time.