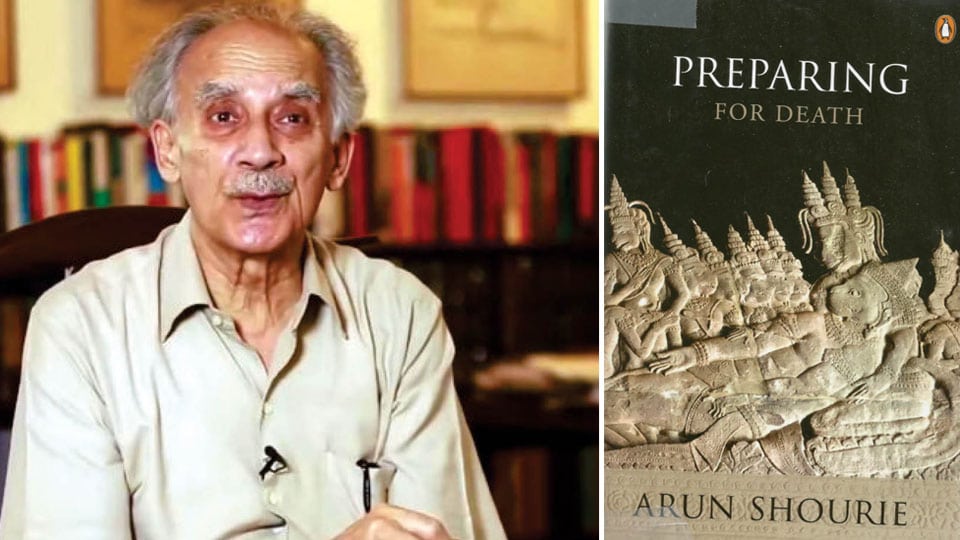 Death has moulded attitude to life in the evolution of most of the philosophies. Death has haunted life in such a way that values became bases of religious beliefs. It will not be wrong to state that it is the fear of death which helped in visualising Gods and Goddesses.

However, urbanisation and materialism, two outcomes of Economic Development, have fundamentally changed the meaning of life and the way one lives. So much so ‘books written in the West report that death is kept at a great distance.’ This western influence on our lifestyle  has deeply distanced us from our cultural  roots. Emergence of unitary families due to various socio-economic reasons has generated  high degree of social isolation. It has created an illusion as if death does not befall on us, but on someone else!! India today is a country of about one hundred million elderly  persons, those who have crossed sixty years of their age. And they constitute about 8.6 percent of the population. Of these older persons, 8.3 percent are males and 9 percent are females.

Arun Shourie’s latest book Preparing for Death  becomes a timely publication. Shourie is a credible researcher and prolific writer. His writings dig deep into the core of the subjects and cover newer frontiers of the theme. In the present book, he has dealt with the last days of great men and how they confronted death. Buddha’s final years and mundane difficulties he had to face — from calumny to assassination attempts and his passing. Sri Ramakrishna’s extreme infirmities and indescribable pain of his final years and his affliction with cancer, his premonition of oncoming death. Sri Ramana’s mesmeric magnetism could not prevent his extreme suffering from cancer and various attempts to cure it. How Sri Ramana maintained ethereal calm compassion to the end.

He describes Gandhi’s attitude to life and death. How Gandhiji faced death of  his dear wife Kasturba. How Gandhi desired to die and more or less died that way…Ram on his lips to the last breadth.

Shourie in detail describes life of Vinoba Bhave and his final days. He lived a very spartan and highly clock-like precision daily life. He had even joked with his Ashram colleagues that he will die looking at clock! Shourie says “The surprising thing is that the light of his life got extinguished at a predetermined date and time.”

In the middle chapters, Shourie delineates into the philosophies of Sri Ramakrishna, Sri Ramana Maharshi, Gautama Buddha, Guru Govind Singh, Sant Kabir, Dalai Lama, Sufi Masters, Upanishad and others. They contain deep meaning of life and death. The entire book is enriched by quotes from great men, poets and religious books. Despite being intellectual enrichment, they become a bit drag on reading.

Arun Shourie is a very erudite scholar. However, his life has been a constant challenge. His only son, Adit, is physically challenged from birth. Suspected to be the result of mishandling of his birth by the doctor. Having lost one by one, the support system of a highly supportive joint family and close relatives, now his wife Anita is afflicted by the Parkinson’s disease. Add to all these worries, Arun Shourie himself underwent serious health issues in 2019.  His major concern all through life after the birth of his son is who will take care of Adit after both the parents are gone. Despite creation of a Trust to ensure his care, constant anxiety bothers him with that one basic question.

In the final chapter ‘And then the Pope took the two cosmonauts aside and asked…,’ Shourie wonders our beliefs, about the concept of God and how it has been debased into brain washing, frivolousness, fundamentalism and  terrorism.

This book of 19 chapters is as much an outcome of Arun Shourie’s scholarship as his personal life experiences. That makes this book a very valuable publication. Despite its voluminous size (516 pages), due to its sheer research base and scientific presentation this book is a good read and addition to one’s collection.