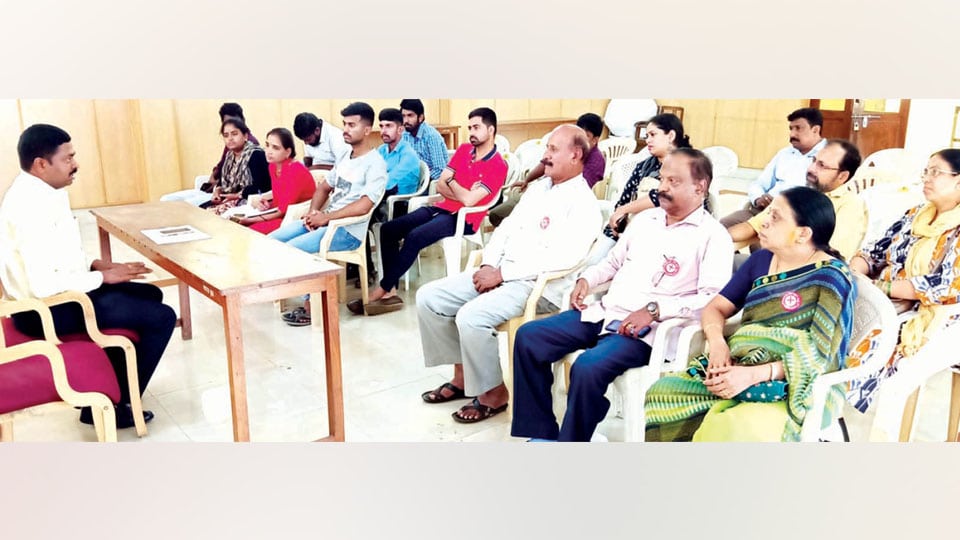 Mysuru/Mysore: With fake news regarding the spread of COVID-19 found in circulation in social media networks and mobile applications, the State Government has started online registration of youth volunteers to serve as ‘Corona Warriors’ in order to put an end to the circulation of fake news.

Addressing a gathering of volunteers at his office on Dhanvantri Road here on Saturday, Information and Public Relations Department Assistant Director R. Raju said that the spread of fake news regarding Coronavirus was posing a hurdle to the functioning of all concerned Government Departments.

As such, the Government decided to appoint youths as volunteers who are called ‘Corona Warriors,’ following which online registrations began. There was a huge response from city youths for working as Corona Warriors and join hands with the Government for educating the public on true facts and to check misinformation regarding the spread of the virus. Highlighting the tasks of the volunteers, he said that four ‘Corona Warriors’ have been appointed in every taluk of each district in the State and these volunteers will work in co-ordination with officials from other Departments.

Bemoaning the spread of fake news that there are no Corona concerns, Raju said that people must ignore such fake news and be alert to follow Government regulations in place to stop the spread of the virus. Pointing out that India is a country with a population of over 125 crore, he said that the Government has initiated all possible measures to stop the spread of the virus as any further spread will have huge ramifications on the health sector of the country. He appealed the public to co-operate with the Government in the fight against the deadly disease.

Mahadevappa of Red Cross Society said that a door-to-door awareness campaign has been launched with volunteers distributing pamphlets to every household in an effort to stop the circulation of fake news. Pointing out that all volunteers will be distributed an Identity card, he asked the volunteers not to misuse the card for any purpose.