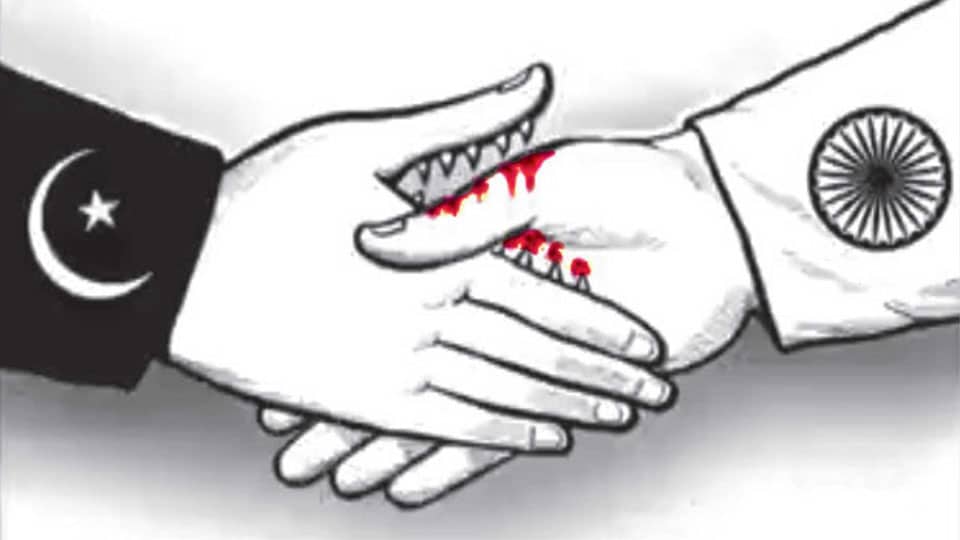 Every time there is a border intrusion by Pakistani terrorists and our soldiers are shot dead, another manoos…more aptly, a proud Marathi manoos suddenly gets a shot of adrenalin for his political life. Angered over Uri attack on September 18, the Maharashtra Navnirman Sena (MNS) headed by Raj Thackeray has warned Pakistani artists to leave India in 48 hours. And as expected, the liberals have expressed shock about this. Now, just as the right wing fringe groups sense an opportunity when Pakistani terrorists kill our soldiers so do our over-zealous liberals. But both are steeped in their own hypocrisy.

MNS warned saying: “The MNS calls upon all Pakistanis working in Indian tele-serials, films and other shows to leave the country within 48 hours. If they fail to do so, we shall deal with them in our own style.” Where was this “style” when our own people stole Adarsh apartments built for the widows of our soldiers killed by Pakistan?

Also let’s not forget in 2015 October these proud Indians stopped a book promotion event of former Pakistani Foreign Minister Khurshid Mahmud Kasuri saying they did not want a Pakistani promoting his book in India nor any Pakistani artist performing in India, but the Yuva Chief of Shiv Sena had no problem enjoying a music concert by Pakistani singer Rahat Fateh Ali Khan!

We saw these double standards even in the case of M.F. Hussain. The Hindu fanatics turned violent and the artist had to leave the nation. But where is this outrage when Godmen in saffron abuse our women?

Also while the liberals condemned the violence why didn’t they ask, was it OK for Hussain to draw a woman sitting between Lord Hanuman’s tail and name the painting ‘Sita’? Hussain, who roamed barefoot all over our nation and even filed a case against a club that stopped him from entering barefoot, wore socks in his new nation Qatar as he didn’t want to hurt the sensibilities of the people of Qatar! Why didn’t liberals question this double standard? We always wondered would Hussain dare draw a Qatari princess lying among camels and title it the Royal Hump?

The hypocrisy of “intellectuals” was also very evident when a group of Indian-American Professors gathered more than 250 signatures to stop Modi from speaking at the prestigious Wharton Business School as he had done nothing to prevent “orchestrated riots that targeted Muslims in Gujarat.” But the same Professors were OK when their adopted nation US killed thousands in the name of ‘operation freedom’?

Double-standards are the common thread amongst fanatics. Just take the case of A. R. Rahman. While a vociferous fringe group issued fatwa against him, the same group doesn’t dare issue fatwa against the corrupt members of the Waqf Board who have looted the money meant for Muslim orphans and widows.

While the liberals deplored the violent route taken by Shiv Sena, they have to ask, is it acceptable to welcome Pakistani actors and singers for extended “business” trips to India when our artists don’t even get visas to Pakistan? Actor Anupam Kher, lyricist Javed Akhtar and even Lata Mangeshkar were denied visa to Pakistan. But we didn’t hear Pakistani artists, intellectuals and liberals protesting against their government for denying visa to Indian artists?

Oh! Yes Pakistan did give visa to an Indian artist, an escape artist with exceptional talent in bomb-blasting, Dawood Ibrahim…and did we hear their liberals scream “send him back to stand trial”? Not even a peep there.

Most Pakistani artists from Atif Aslam to the new fad Fawad Khan have found fame and fortune on the Indian soil, but did we hear them deplore the acts of violence in Uri? Did anyone of them tweet condemning terror in Kashmir? Did anyone of them post a condolence message on Facebook? They enjoy the freedom that India gives them, but have nothing to say when that freedom is endangered?

The same in cricket. Why must Pakistani cricketers come to India and enjoy the adulation and wealth that IPL gives? In a way it’s good they don’t play matches in India anymore as they only brought more disharmony between Hindus and Muslims rather than a sporting spirit. Also while our egotistical BCCI fired Harsha Bhogle they have no problem with our broadcasters keeping Rameez Rajas and giving shows to Shoaib Akhtars. Have we no pride? Now that does not mean we have to beat them up and chase them, MNS-style; it just means we don’t have to give visas.

The fact is, when one nation can use terror as an instrument of State policy, why can’t we use cultural ‘isolation’ as one of our instruments of State policy? Cultural isolation may help build pressure within Pakistan. After all, what more does an artist seek than freedom. So when creativity is stifled, pressure will mount from within. And may be Pakistan will have its own Arab Spring. So let us keep the Pakistani artists in Pakistan, they may help build that pressure from within.

Finally, we also need to ask…Are actors like Fawad Khan and Ali Zafar so exceptional that we cannot do without them? They are no better than any of our other commercial heroes, so let them go. For now the people who say they have to recognise talent no matter from where, how about giving opportunities to our own from the North-East who have been under-represented in India’s art and cultural scene?

Relationships are built on give and take, but when one side only takes joy and wealth and returns only bullets and blood… that relationship has to end… even culturally.