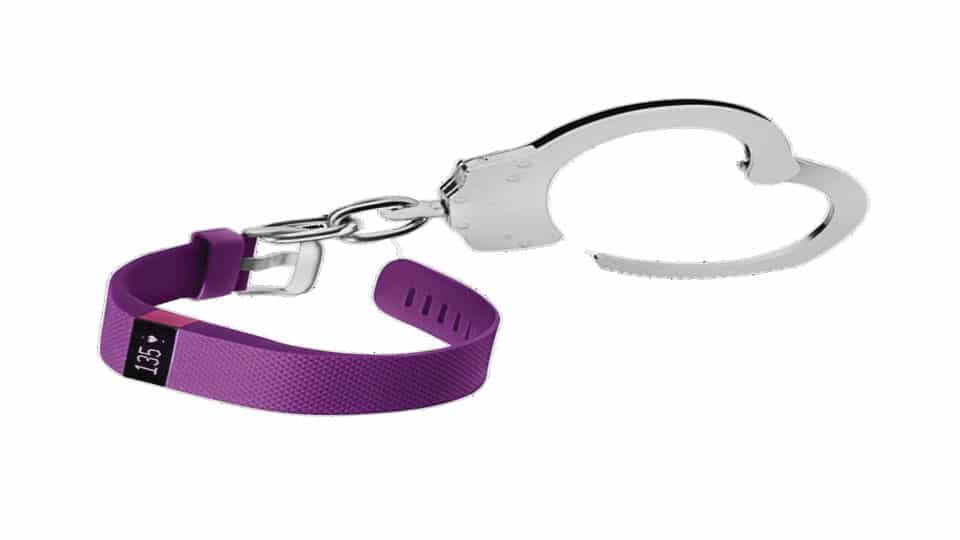 For a few months, I was entrapped by a mistress. She was omnipresent in my life to a point of suffocation. The only time I got a break from her was when I had to recharge her. Well, if this sounds like a riddle, it’s not. It’s just that I have been wearing a fitness-tracker. The brand I wore was ‘Fitbit.’

It also monitors your heartbeat and your sleep. And all this while being quite romantic, as it wakes you up with a message: “Good Morning Sweetie” Oh! 10 years of marriage and my wife hasn’t even come close.

Even better, unlike my sadistic wife who wakes me up to the sound of a mixie, Fitbit woke me up with a mild vibration. Ah! I loved it. Loved it so much that I named it ‘Fitlana’ after my favourite athlete, the Russian gymnast ‘Svetlana’ Khorkina.

My relationship with ‘Fitlana’ began well. She lovingly woke me up with her mellow vibrations (no pun intended) and even informed me about who was calling when my mobile was not on me. She vibrated and cheered me as she displayed “well done hon” when I reached 10,000 steps, the target for the day.

She let me know my heart was beating at a comfortable 59 when I slept and she congratulated me when I slept for eight hours, unlike the mixie lady. All was going well…until my love for Fitlana turned into an obsession as I yearned for her vibration and validation. Fitlana had turned me into her “bi**h.” A mistress for whose vibration I would walk 10,000 steps a day come what may.

Fitness-trackers are fantastic devices. But they can push you to the edge. It sits on your wrist and like a nagging mistress it constantly demands your attention. Soon you end up ignoring your family and friends while also becoming an irritant to them with your constant talk of achieving your fitness goals.

The whole idea behind the tracking system is to reach your targets for the day. The basic is usually 10,000 steps a day, so I would walk all around the office to reach at least half that target and then later in the evening walk on the treadmill at the gym to hit that 10,000 step mark. I would then feel euphoric when Fitlana vibrated and cheered me with her cheesy one-liners.

Soon I was so obsessed about getting my 10,000 steps that sometimes when I was unable to achieve it due to work pressure, I would harshly judge myself as being ‘indisciplined.’ Worse was when I would find out, just before I hit the bed, that I had just another 300 steps to hit 10,000 mark. Instead of ignoring it and going to bed, I would walk up and down my small living room much to the irritation of my wife.

Then there is the online ‘Fitbit Group’ where each Fitbit-user can see the others’ Fitbit readings. What was supposed to be a support group meant to motivate each other turned competitive. I started competing with an old friend from the US and as if 10,000 steps a day wasn’t enough I started walking 8 kilometres in the morning and again another round in the evening trying to beat his 25,000 step record, completely forgetting that the body needs rest. I fell sick.

Even worse, I would hate myself when I forgot to wear the device because whatever walking I did for that day was in vain as it was not being recorded by my beloved Fitlana, which meant no vibration that night. It came to a point where if I was NOT wearing my fitness-tracker I didn’t move around that much. My attitude was, why move if it’s not going to get recorded. So the fitness-tracker has not really got me to change my lifestyle to a healthier one, I was merely trying to impress the device. I was surprised how I was reduced to a man seeking validation from an electronic device!

Then there is the privacy aspect which can be disastrous, especially for people who are adulterous. Just imagine you are out of town for work, you call your wife from your hotel room and while lovingly wishing her good night you inform her that you are going to bed early as you have an early morning meeting the next day. Next day evening you fly back home and as usual log onto your shared computer and your fitness-tracker automatically syncs with the computer when your wife walks up behind you and notices that your fitness app shows that your heart was beating at 180 beats per minute at 12.30 the previous night, and asks, “honey I thought you went to bed early as you had an early morning meeting, so why was your heart ‘pumping’ so hard so late at night?”

Well, if this happens, you have only two options: either produce a hospital diagnosis that says you suffered a heart attack in the middle of the night or you better have a good divorce lawyer. So philanderers beware of fitness- trackers!

Also fitness-trackers turn you into a nervous wreck. Like I was. One of the reasons I bought the watch is because it had a heart monitor and since my family has a history of heart disease I thought it would be nice to know when I need to rush to the hospital.

So one evening after a long stressful day before going to bed I looked at my heart rate, it showed 92 beats per minute. Slight panic set in as I thought “shouldn’t it be in the 70s?” Then I imagined all the muscles in my heart struggling to pump blood.

Soon I wondered how long this heart was going to beat. Then I put my hand on my heart just to make sure it was beating…and then I had a sleepless night. I was vibrated out of my worries by Fitlana, but it was not so romantic anymore. Now it felt like a clingy mistress you cannot handle and want to get rid of. And I did.

The fact is while glancing to see how your heart is beating, how you’re sleeping or how many calories you are burning can be oddly gripping and give you a sense of control over your body, it also can sometimes become a hindrance. Because you start getting fussy about what you eat and start avoiding fun social gatherings so you can get up early to meet a fitness goal forgetting that being social and happy is necessary to be healthy both physically and mentally.

But the truth is fitness-trackers are good. They set you on a path to get healthy. They coax you to have an active lifestyle. The best way to handle it is like everything else in life — moderation. For now, I have gone back to my beloved Casio wristwatch. It’s waterproof, has light and beeps me up without the cheesy one-liners.

A device can only do so much; if you really want to be healthy it has to come from within.