Home » News » I will retire from politics if Modi becomes PM again: Revanna 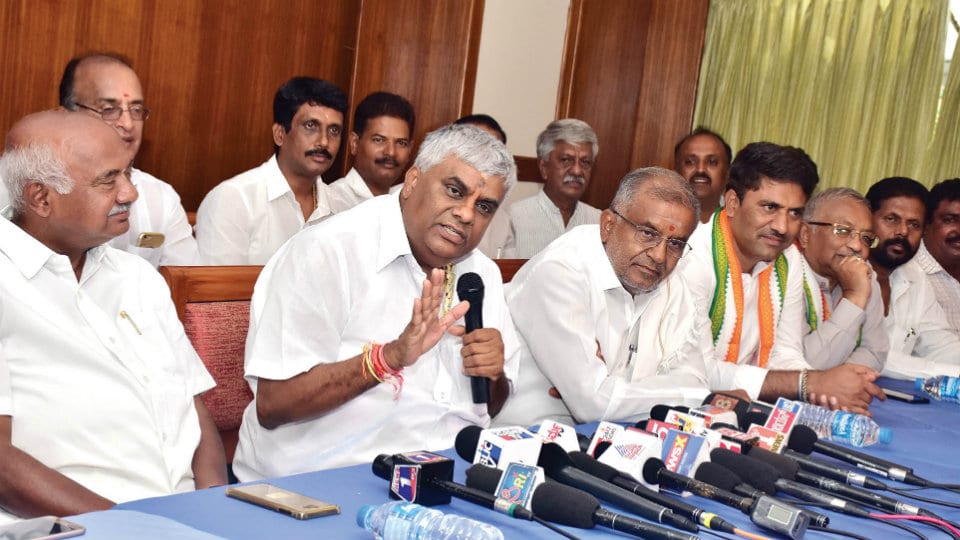 I will retire from politics if Modi becomes PM again: Revanna

Justifying his comments, Revanna said that this time, odds were piled up against Modi and the Congress and allies are emerging as a force. “This time, it is sure that the Mahaghatbandhan will be the ruling party,” he said, without saying who will be the Prime Ministerial candidate.

Revanna further said that the Congress and JD(S) coalition will secure maximum number of Lok Sabha seats in Karnataka. “For me, 6, 8 and 22 are lucky numbers. 18 means 1+8=9 and 9 is a very lucky number. Last time as elections were held in 2018, Kumaraswamy became the CM due to this lucky number factor. This time too, the voting day is 18 and in the first phase, 14 coalition candidates will become MPs and totally, 22 coalition candidates will be elected to the Parliament,” Revanna claimed.

The BJP is desperate and has stopped criticising Rahul Gandhi and his mother Sonia Gandhi. “They are now targeting former PM H.D. Deve Gowda as Deve Gowda is giving sleepless nights to the BJP and he can achieve what is seen as impossible in national politics,” Revanna said without elaborating much.

When reporters questioned him on the statement of Chief Minister H.D. Kumaraswamy that reporters must get ready to be assaulted, Revanna said, “It is not that JD(S) is ready to beat up reporters but there is a group in BJP which is ready for the assault and put the blame on JD(S). I am advising you to be careful when you go for reporting,” he said.

On JD(S) winning Mandya, Revanna said that during the last elections, JD(S) had swept from Srirangapatna to Bidadi. “This time too, the voters will choose JD(S) candidates on Apr. 18,” he said. When reporters asked Revanna why he always roams with a couple of lemons in his hands, Revanna said, “When I go to villages, people give me lemons and I carry it always. How can I throw them? I can give lemons to Yeddyurappa and Eshwarappa too so that no one performs black magic on them,” he said.

11 COMMENTS ON THIS POST To “I will retire from politics if Modi becomes PM again: Revanna”