Home » News » In a first, Sulwadi tragedy trial through video-conferencing 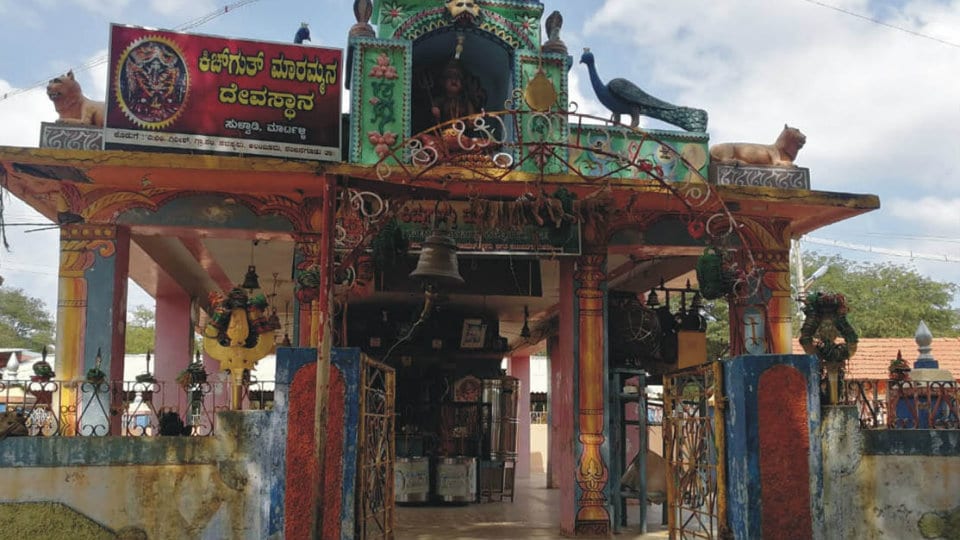 In a first, Sulwadi tragedy trial through video-conferencing

Chamarajanagar: In a  first, Chamarajanagar District and Principal Sessions Court Judge B. Basavaraja conducted the Hanur Sulwadi Temple tragedy case through video-conferencing due to security reasons at the District Court Complex in city this morning.

Over 17 persons were killed and more than 120 fell ill after consuming prasadam laced with pesticide on Dec.14, 2018 at Kichuguth Maramma Temple at Sulwadi.

The hearing was scheduled this morning at the Court and the Police were supposed to produce all the four accused before the Judge — Salur Mutt Junior Pontiff Immadi Mahadevaswamy, Manager of the Temple Madesha, his wife Ambika and former employee of the Temple Doddaiah who were locked up in Mysuru  Central Prisons.

However, the judge chose video-conferencing option foreseeing that supporters of the accused might gather in front of the Court and emotions might run high.

Earlier, the trail which was conducted at the Court of the Principal District Munisif Court at Kollegal Town was shifted to District Court as more than 10 victims of the tragedy belonged to Scheduled Caste/ Tribes. The case was shifted as per the norms followed by Courts in  such cases.

In various cases of terrorism, Courts conduct trials through Video Conferencing but this is the first case in Chamarajanagar Court that saw the use of electronic gadgets.

The Judge has also asked the same question to other three accused Madesha, Ambika and Doddaiah and they answered that they had not appointed any advocates so far and sought 10 days time for it. Hearing their statements, the Judge postponed the hearing to Jan. 29.