Home » News » In their hour of grief, family parts with loved one’s organs 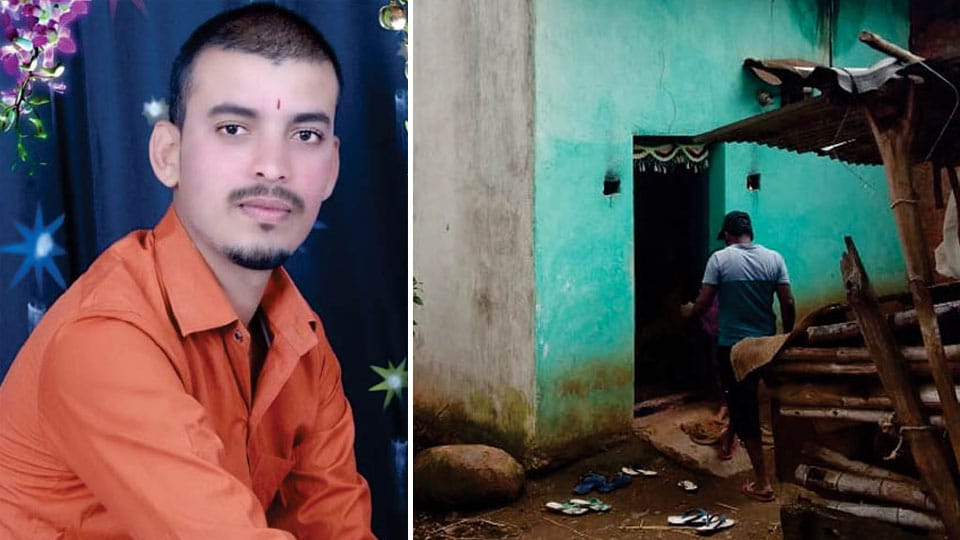 In their hour of grief, family parts with loved one’s organs

Mysuru: Even as the entire Mysuru city was soaked in Independence Day fervour yesterday, members of one family made a conscious decision of donating organs of their loved one to save the lives of a couple of recipients who are in the line, waiting for vital organs.

The family of 29-year-old Dharma, a resident of Soolegudda near Periyapatna decided to donate the organs as he was declared brain dead by the doctors who treated him at the Apollo BGS Hospitals in city. Dharma had met with an accident on Aug. 14 at Chunchanakatte near K.R. Nagar and was wheeled into Apollo Hospital at 8.15 pm.

Dharma was in an unconscious and a critical condition. Initial CT scan showed severe traumatic brain injury and he was shifted to ICU for life support and intensive care. He was kept on life support the whole night and the patient was in a very critical state.

Yesterday he was declared brain dead due to brain stem failure and as per the hospital protocol stipulated by the Transplant of Human Organs Act 1994, a panel of doctors certified that Dharma was healthy before the incident and was fit for organ donation.

As per organ donation protocols, officials from Jeeva Sarthakathe which was earlier known as Zonal Coordination Committee of Karnataka (ZCCK) initiated the process as per the waiting list of organ recipients.

Yesterday at around 7 pm, Dharma’s organs were harvested by a team of doctors at the Hospital and a Green Corridor (a corridor free of traffic signals to facilitate transfer of the vital organs. This system is also referred to as the ‘green corridor’ wherein all the traffic lights on the particular route are lit green) was created and his heart was transported to Narayana Hrudayalaya, Sarjapur Road in Bengaluru.

Dharma’s one kidney was donated to Columbia Asia, Yeshwantpur, lungs to BGS Global Hospitals, Kengeri, Bangalore, and Cornea to JSS Hospital, Mysuru and another kidney and liver to Apollo BGS Hospitals, Mysuru.

Star of Mysore Periyapatna reporter adds that S.A. Dharma hailed from a poor family and he eked out a living through his barber shop at Koodige village in Kodagu. He used to travel from Soolegudda near Periyapatna to Koodige. Dharma is the eldest son of Annaiah and his brother Manjunath works in Mangaluru. The family owns half-acre land at Soolegudda.