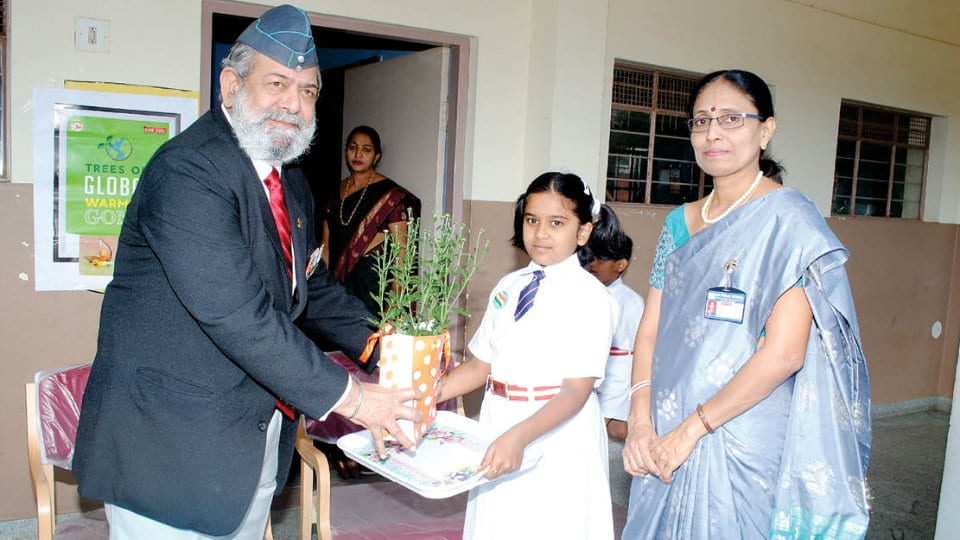 Mysuru: Group Captain Ajay Dudeja (Retd.) called upon the children to wear a smile on their face as it enhances their face value.

Speaking as the chief guest at the 73rd Independence Day at JSS Public School in Siddarthanagar yesterday, he advised the students to inculcate three important traits. Firstly, to say ‘Please’ as it is a sign of humility. Secondly, to say ‘Thank You’ and lastly to say ‘Sorry’ as all of us would have gone wrong somewhere or the other. According to him only two people are never wrong — one is God and the other is a coward.  Because a coward never accepts that he can be wrong.

He also opined that using these three magic words one can become polite which is a dire need for the society. One must be humble and have a sense of gratitude for the parents, teachers, society and the country. Asking the children never to look down upon anyone, he emphasised that the students must keep the surroundings clean and develop that as a habit.

Principal B. Latha welcomed.The chief guest unfurled the National Flag and received the general salute by the School Captain Eshaanya Madhu Gowda.Ananya C.Shekar spoke on the significance of the day in English and it was followed by a patriotic song by the school Choir. Gowri Mysuru spoke on I-Day in Kannada. School Vice-Captain Ansh Vinod Patil proposed a vote of thanks.