Home » News » All set for Gajapayana: First batch of six elephants to arrive in city on Aug. 22 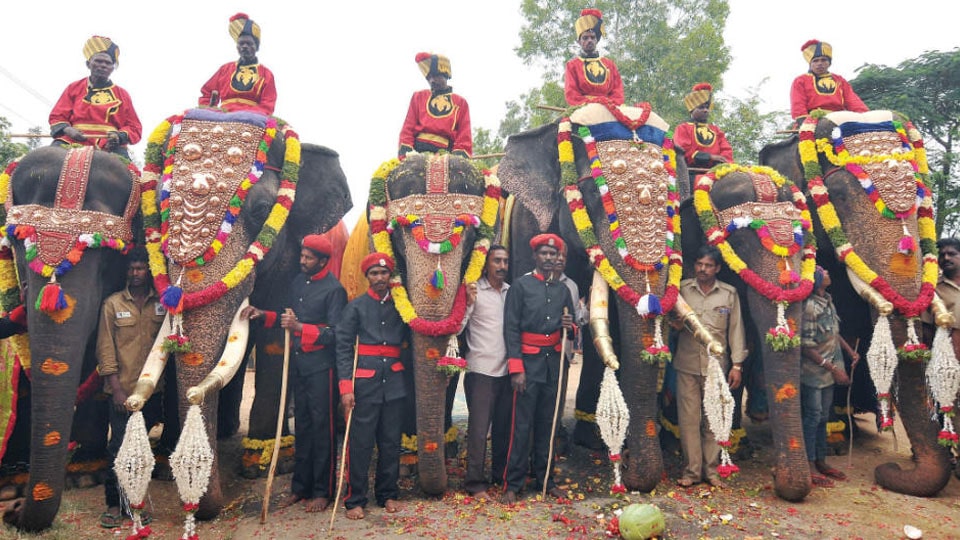 All set for Gajapayana: First batch of six elephants to arrive in city on Aug. 22

Mysuru: With just 36 days left for the commencement of Dasara festivities and 45 days left for Jumboo Savari, the grand finale of the 10-day festivities, Gajapayana, the march of Dasara elephants from Veeranahosahalli Gate in Hunsur taluk to Mysuru will be held on Aug. 22 at 10.30 am.

The decision on Gajapayana date was taken at the Dasara High-Level Meeting chaired by Chief Minister B.S. Yediyurappa on Aug. 14.

Details of elephants: The following are the elephants which would be taking part in this year’s Dasara.

New elephants: Eshwara and Jayaprakash will be taking part for the first time in the Jumboo Savari. Eshwara is soft natured, healthy and well built too.

Jayaprakash, fondly called as ‘JP’ was being used for a few days for the elephant safari. Lakshmi and Rohit are first timers too. Out of the 14 elephants, nine are males and five are female elephants.

Veterinarian Dr. D.N. Nagaraju said that the elephants would be given nutritional supplements from the day they arrive to city and would be trained for the  Jumboo Savari.