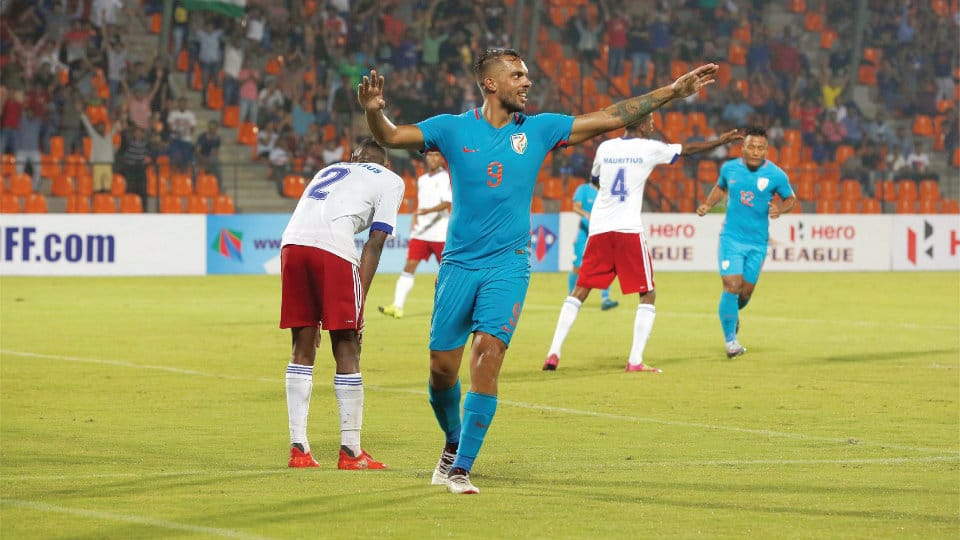 Mumbai: India came back from a goal down to edge past  Mauritius 2-1 in their first game of the All India Football Federation (AIFF) Tri-Nation Football Tournament here at the Mumbai Football Arena on Saturday.

In the 15th minute, Mauritius, 63 places below 97th-ranked India in the FIFA ranking, got ahead. Jocelyn made the most of a deflection off centre-back Anas Edathodika to get on the score sheet after veteran goalkeeper Subrata Paul failed to gauge the trajectory of the ball. Jocelyn was lucky in the first place as the ball bounced off full-back Narayan Das to fall sweetly for him.

Minutes after the opening goal, India missed a chance to draw level. Eugeneson Lyngdoh passed to Jeje Lalpekhlua with the latter heading the ball down for Holicharan Narzary who failed to make the most of it.

India was down by a goal for 22 minutes before Robin equalised courtesy a sublime through ball from Rowlin Borges.

Robin brushed aside his marker Louis Dorza to find the back of the net with his left foot. At halftime, both teams went for a breather at 1-1. I

Another debutant, Manvir Singh almost made it 3-1 for India with an excellent effort in the dying minutes of the match.