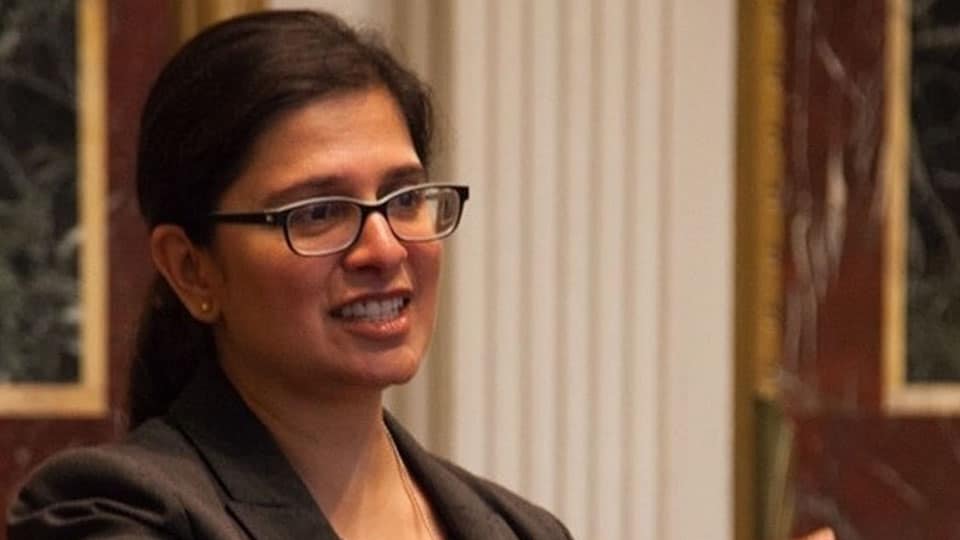 Washington: US President-elect Joe Biden on Friday appointed an Indian-American, Mala Adiga, as the Policy Director of his wife Jill Biden, who will be the First Lady.

Adiga has served as a senior advisor to Jill Biden and a Senior Policy Advisor on the Biden-Kamala Harris campaign. Previously, Adiga was Director for Higher Education and Military Families at the Biden Foundation.

During former President Barack Obama’s administration, Mala Adiga served as the Deputy Assistant Secretary of State for Academic Programs at the Bureau of Educational and Cultural Affairs, in the Secretary of State’s Office of Global Women’s Issues as Chief of Staff and Senior Advisor to the Ambassador-at-Large, besides as Director for Human Rights on the National Security Staff.

A lawyer by training, Adiga had been a clerk for a federal and had worked for a Chicago law firm before joining the campaign of former President Barack Obama in 2008.

She started in the Obama administration as a Counsel to the Associate Attorney General.

Joe Biden made the announcement of her appointment as he announced the names of four new members of his White House senior staff.

Cathy Russell, Vice-Chair of the Biden-Harris campaign, has been named as the Director of the White House Office of Presidential Personnel.

Louisa Terrell, who currently oversees Legislative affairs for the Biden-Harris transition team, will serve as the Director of the White House Office of Legislative Affairs in Biden administration.