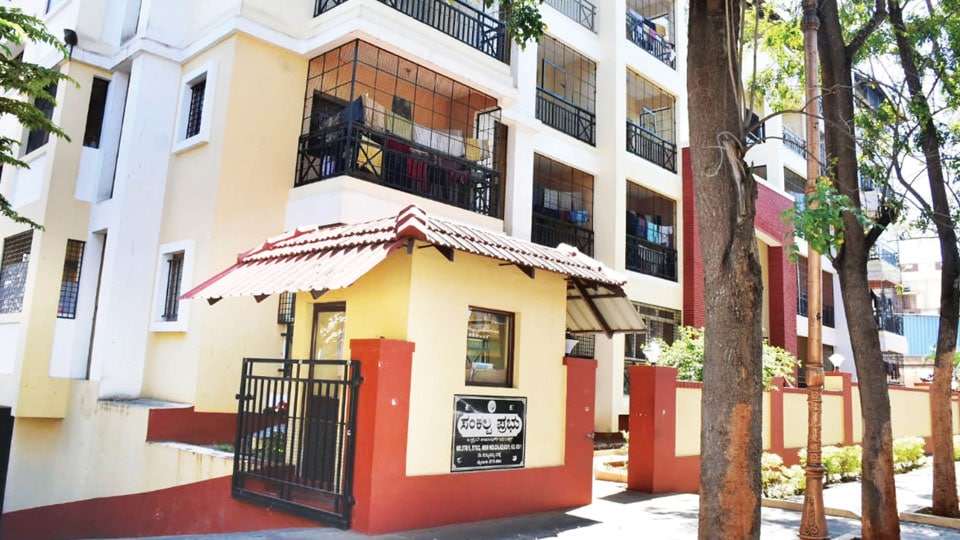 Whom will it benefit ? ask city builders

Mysore/Mysuru: Following an assent from Governor Vajubhai R. Vala on Nov. 19, 2020, the State Government may have promulgated an ordinance to amend the Karnataka Stamp Act, 1957 to slash the stamp duty on flats or apartments to push up the ailing housing sector due to COVID-19. But the million dollar question is will it benefit people who want to buy a flat or an apartment?

Earlier, the flat buyers had to shell out 5 percent stamp duty for all apartments.

This has been done to give a push-up for the staggering real estate sector that had been hit badly since March following outbreak of Coronavirus. The construction activities across the State had been hit due to COVID-19 and it has impacted the sale of flats too.

According to an estimate, thousands of flats have remained unsold in Bengaluru City due to job cutting in many corporate and multi-national companies. In view of this, the Government of Karnataka has promulgated the ordinance to help housing sector. Unfortunately, this is unlikely to make any impact on real estate business given the rate of flats.

When Star of Mysore contacted Dr. V.K. Jagadish Babu, Chairman and Managing Director, Sankalp Group, Mysuru, he said: “I don’t think any reputed builder has any housing project in the range of Rs. 20 lakh to Rs. 35 lakh in Mysuru. I do not know how many will be benefited from the reduction on stamp duty on flats. The concession in stamp duty may help Economically Weaker Section (EWS) but not Middle Income Group (MIG). Gone are the days of flats available at Rs. 15 lakh to Rs. 20 lakh. Now, the starting price is Rs. 40 lakh to Rs. 45 lakh at least in Tier-II and Tier-III cities.”

Agreeing with this, B.R. Suchindra, Head, Brigade Group, Mysuru, said his Group did not have any housing project with Rs. 25 lakh to Rs. 30 lakh  for each flat in Mysuru.

“Our Group will definitely welcome the Government’s decision as it will help people who are looking after flats costing less than Rs. 35 lakh. In current market, the minimum rate for 2 BHK is anywhere between Rs. 45 lakh and Rs. 50 lakh. Firstly, the cost of land and construction is very expensive in Mysuru. It will be not possible for any reputed builder to sell a flat for less than Rs. 35 lakh,” Suchindra opined.

Mysuru Urban Development Authority (MUDA) can provide at least five acre of land to private developers on Ring Road to come up with group housing project. This will help to bring down the cost of a flat considerably since the land is given by a Government agency, he said adding that by doing this, the Government can aid MIG people to own a flat or apartment.

The scheme of buying land from farmers must be stopped as the latter is disengaged from his family profession once and for all. Time has come to stop any construction activities within the CBD as already problems of parking are being experienced in city. “It is high time to go for vertical growth than horizontal,” he opined.

Suchindra pointed out that with software companies stressing more on the concept of ‘Work From Home’ and ‘Work From Anywhere,’ young techies are now showing interest to go for affordable houses in the range of Rs. 45 lakh to Rs. 50 lakh, especially in Tier-II and Tier-III cities.

Hitherto, they would love going abroad or spend money on buying high-end vehicles. Their wish has changed especially after the outbreak of COVID-19. The State Government can ensure development of Tier-II and Tier-III cities by announcing rebate in flat purchase by ceiling at Rs. 45 lakh to Rs. 50 lakh, he observed.

In fact, demand for affordable housing in Mysuru is slowly picking up following major projects like ten-lane expressway between Bengaluru and Mysuru, good air and train connectivities, he noted.