Home » News » International Day of Yoga on June 21: A ‘Royal Touch’ to Yoga in Mysuru 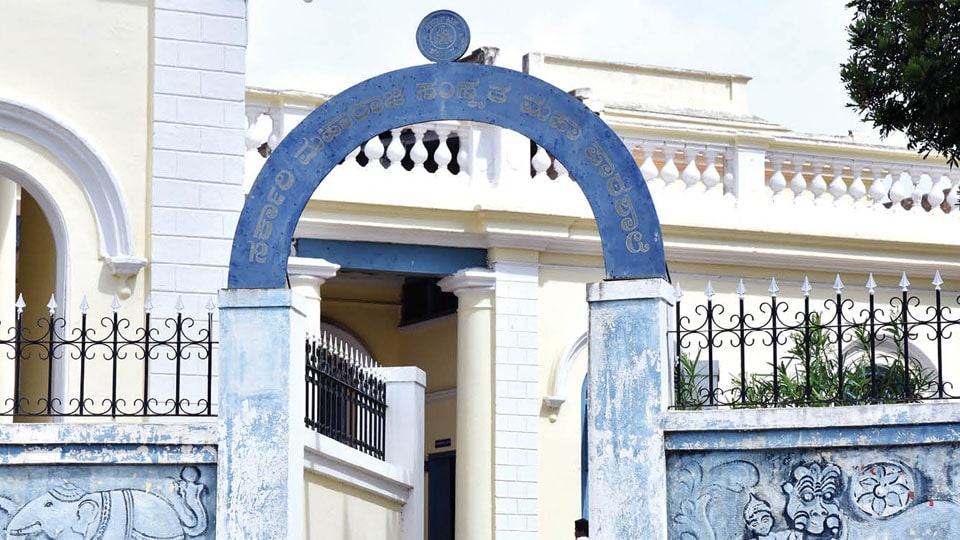 International Day of Yoga on June 21: A ‘Royal Touch’ to Yoga in Mysuru

Mysuru: Yoga, the ancient art of India that is Bharat, has gone international and the whole world is celebrating International Day of Yoga tomorrow. Our city has a rich tradition of this practice and hence it is also called the Yoga Capital of the world.

The credit for this goes to our rulers the Wadiyar dynasty and, therefore, it is right to say that Yoga has a ‘Royal Touch’ to it. Mummadi Krishnaraja Wadiyar (1798-1868) was an authority on Yoga as he has clearly depicted the importance of it in his nine volume works Sritatvanidhi.

However, another name that is synonymous with Mysuru yoga is that of Muchukunte Tirumalai Krishnamacharya. He was born in a settlement of scholars in Sanskrit and Vedas in Muchukunte near T. Narasipur. He was a teacher not only to the two well-known exponents of yoga B.K.S. Iyengar and Pattabhi Jois but also to the 24th ruler of Mysore Sri Nalwadi Krishnaraja Wadiyar, the Rajarshi.

Krishnamacharya was a Professor of Yoga in the Maharaja Sanskrit College (Government Maharaja Samskrutha Mahapatashale) and he revived the ancient system of Mysore tradition of yoga called the Vinyasa Yoga.

Speaking to Star of Mysore on the eve of Yoga Day, Maharaja Sanskrit College Nyaya Department’s Professor-in-charge M.A. Alwar said that there was a yoga room in the college where even Nalwadi would come and practice yoga under the tutelage of Krishnamacharya. However, the Yoga Department has not been functioning since many years as there are no teachers to teach yoga.

Acting Principal of Maharaja Sanskrit College Dr. K.M. Mahadevaiah speaking to Star of Mysore said that the Yoga Department had been closed as there was no one to teach yoga. They had now sent a proposal to University of Mysore to appoint yoga teachers. Once the teachers are appointed then yoga courses will begin in the college where both the students of the college and others interested in yoga can learn, he added.

Involvement of Mysore rulers in Yoga

READ ALSO  Swachh Survekshan: Mysuru gears up for a tough one this time

The starting of the Sanskrit College is dated to year 1876 which is not correct as Mummadi Krishnaraja Wadiyar had by then passed away and Chamaraja Wadiyar was not yet anointed as the ruler, said R. Rajachandra, the son-in-law of late Sri Jayachamaraja Wadiyar and an authority on the Wadiyar dynasty.

It is a misnomer to call the institution as Maharaja Sanskrit College as all Indian knowledge systems were taught here under one roof including Ayurveda and Yoga. But Ayurveda was taken out and now it has become the Government Ayurveda Medical College and Hospital, while yoga was retained here, said Prof. Alwar.

Even the renowned yoga exponent Pattabhi Jois was the Professor of Yoga in the college till his retirement and only later he started his own Yoga School. The other direct disciple of Krishnamacharya (who lived up to the age of 100), is B.N.S. Iyengar, 93, he added.

During the Maharajas rule until 1951, the Maharajas would come to the Patashale to confer degrees on the students who had graduated in Sanskrit and other disciplines, said Prof. Alwar.

Nalwadi was instrumental in promoting Yoga in the State as he sent another great yoga exponent B.K.S. Iyengar to different parts to promote and popularise yoga. Only later, Iyengar went to Poona to start his own Yoga School which gained worldwide recognition, said Rajachandra.

Oriental Research Institute (ORI) Director Prof. S. Shivarajappa told Star of Mysore that four volumes of Sritatvanidhi by Mummadi has already been published and the remaining five volumes are still to be published.

It is in the seventh volume of his nine volume Sritatvanidhi titled Saivanidhi that Mummadi writes in detail about yoga along with 100 illustrations of line drawings of various yogic postures, he said.

Once the Grihanidhi and Saivanidhi are published, it will just fly off the shelves as many scholars are waiting for these two volumes, said Prof. Shivarajappa.