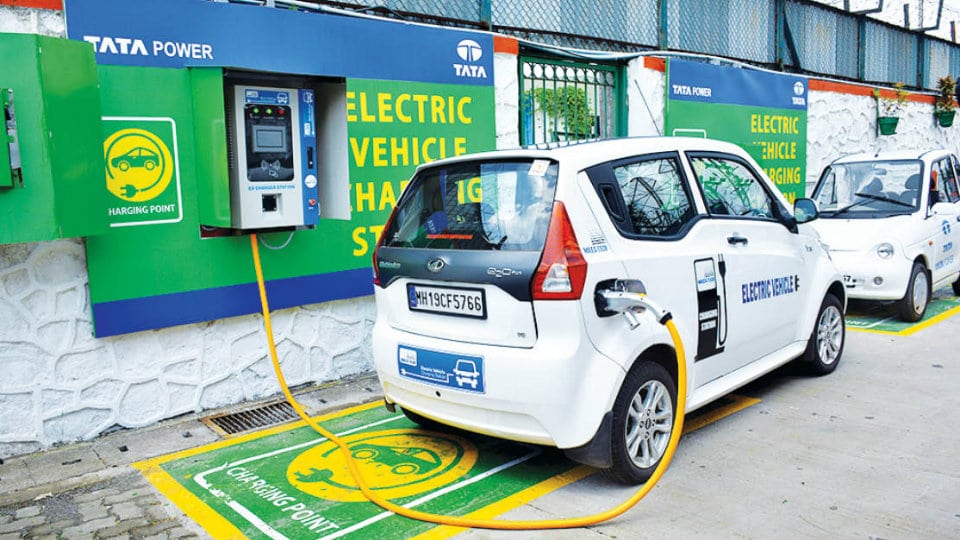 CESC to establish charging points for e-vehicles in Mysuru

Mysuru: In a bid to save petroleum products, control pollution and encourage the public to use electric vehicles, Chamundeshwari Electricity Supply Corporation (CESC) is all set to establish six charging units for e-vehicles on Mysuru-Bengaluru Highway and other vantage points in city.

Stating that places have been identified for installation of charging units and the installation points have also been inspected, he said that a proposal in this regard has been submitted to the Central Government and once the proposal is approved, the installation work would be taken up soon.

In the first phase, it has been decided to install two charging units at Maddur and Mandya, one unit each in Srirangapatna and Mysuru, he said and added that in the second phase, there are plans to establish public and private charging stations in Mysuru city. This apart, there is a plan to install a charging unit at CESC Corporate Office, he said.

He further said that the charging units which would be installed 35 to 40 kms apart from each other on either side of the road can cater two e-vehicles at a time for charging and added that an e-vehicle can travel up to 40 kms by charging for 25 minutes. Once the density of e-vehicles increases, power can be supplied to the charging units through solar facilities, he said.

Prakash said that establishing charging units would not incur huge expenditure as it would be established in 8×20 ft. space. As two people are required at each charging unit, this would also create jobs to unemployed to some extent, he added.