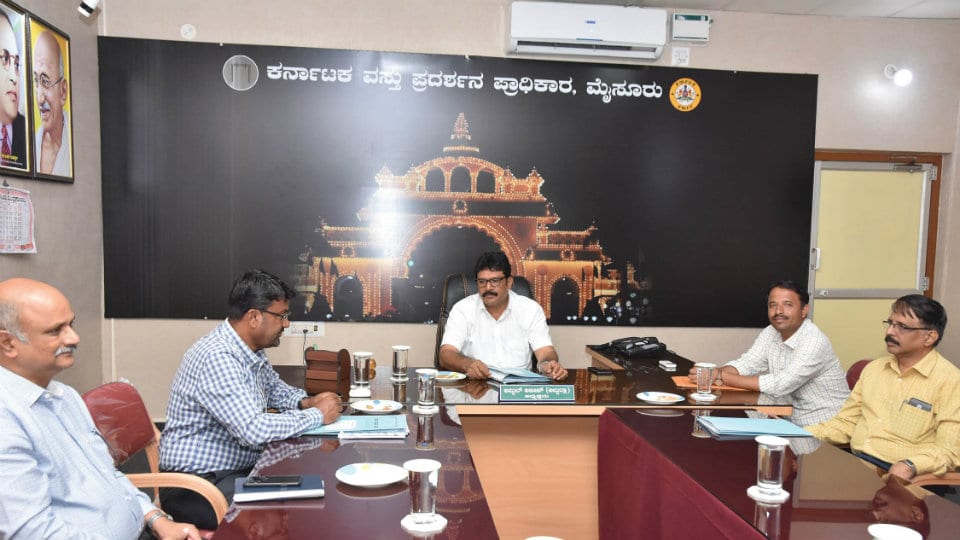 Mysuru: In a depart from tradition, the Karnataka Exhibition Authority (KEA) has decided not to call global tender this time for Dasara Exhibition and call separate tenders for each of the attractions and facilities including parking and entry.

At a meeting of KEA held at the Exhibition Authority yesterday, it was decided to do away with single global tender and go for multiple tenders.

He said that usually, the global tender is floated that includes all the above items. “As such, the tender amount is usually high and there will be less number of bidders. To avoid this, this year, separate tenders will be called for each of the items,” he said. He said that as separate tenders will be called, local bidders too can apply for the tender.

It may be mentioned here that the tender amount that was Rs.6.66 crore in 2017 was raised to Rs.6.99 crore last year and there were not many takers and the KEA had to refloat the tenders. Last year, Bengaluru-based Fun World bagged the tender and the company bid bagged tenders that included entry ticket, parking fee, commercial and food stalls and amusement park fee.