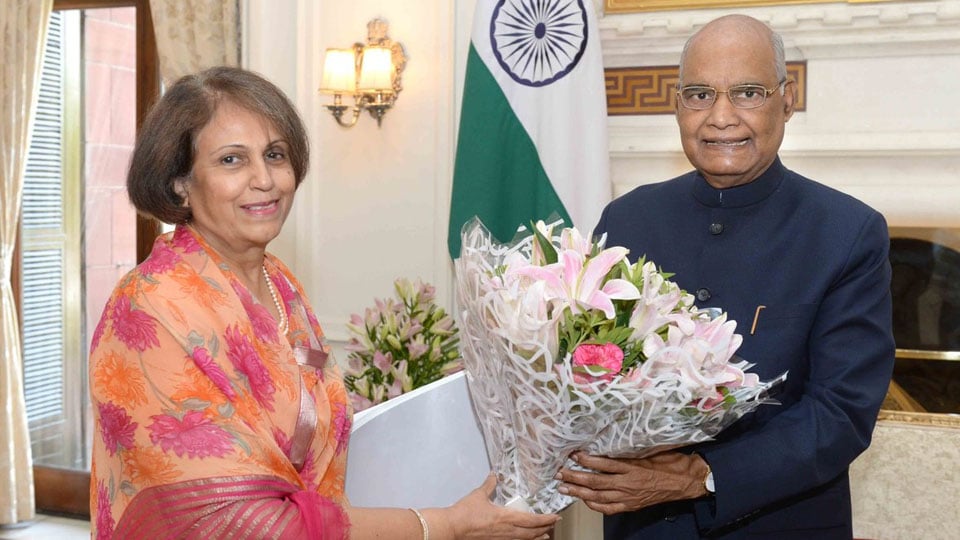 The celebrations is being organised by SNW Foundation. Speaking to Star of Mysore, Pramoda Devi Wadiyar of the erstwhile royal family said that she had met the President at Rashtrapati Bhavan on June 14 and invited him to inaugurate the birth centenary of  Sri JCW on July 18 at the Mysore Palace.

The President was very cordial and spent about 20 minutes with her assuring her that he was keen to attend the celebrations and would confirm the visit in a week’s time, she said.

Pramoda Devi had sought an appointment with the President to invite him for the birth centenary celebrations of her father-in-law quite some time ago and the President’s Secretariat finally confirmed the appointment for June 14. Plans are afoot to celebrate the birth centenary of Sri JCW who was born on July 18, 1919, in a befitting manner considering his contributions in the field of music, art, culture, education, wildlife, agriculture and sports.