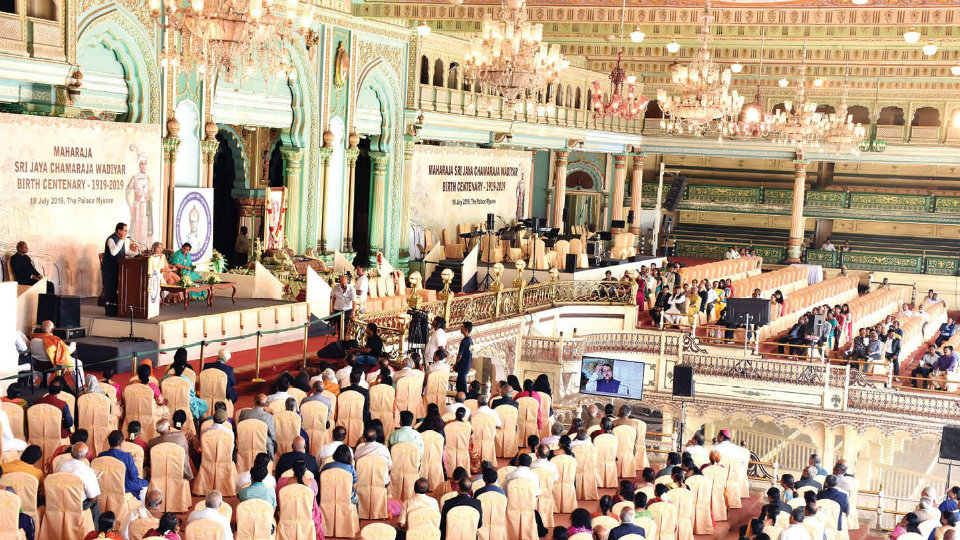 ‘Invitations will be in the name of royal family elder’

Mysuru: Invitations for events are generally issued in the name of the household elder and even for Dasara, invitations will be in the name of Pramoda Devi Wadiyar,  who is the senior person of the erstwhile royal family.

This was stated by  M.L. Varchuswee Raje Urs, a relative of scion of Mysore royal family Yaduveer Krishnadatta Chamaraja Wadiyar following a discussion among the public in the wake of Yaduveer’s name missing in the invitation sent out for the birth anniversary celebrations of Jayachamaraja Wadiyar that was held at Mysore Palace yesterday.

Clarifying on the issue and putting an end to the discussions,  Varchuswee Raje Urs said that traditionally all invitations are sent out in the name of elders and this has been practiced since ages. Even when Jayachamaraja Wadiyar ascended the throne, the invitations for events were in the name of his father.