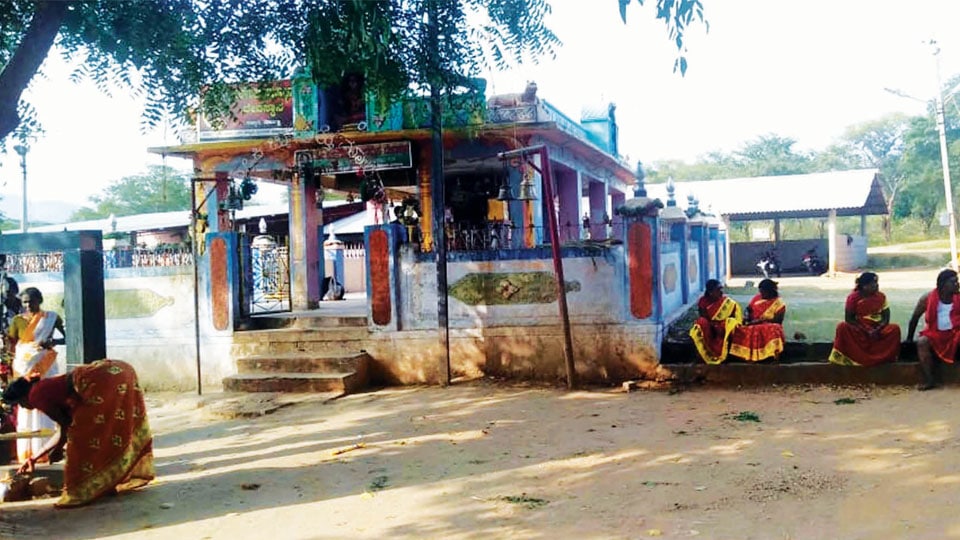 Mumbai: The Maharashtra Anti-Terrorist Squad (ATS), who recently arrested 10 ISIS suspects, have reportedly discovered that the terrorists were planning to poison the ‘Mahaprasada’ at the 400-year-old ‘Shree Mumbreshwar Mandir Trust’ in Thane’s Mumbra like the poisoning incident that occurred at Kichuguth Sulwadi Maramma Temple at Hanur in Chamarajanagar district.

Over 17 persons died and more than 100 were hospitalised after the devotees were served poison-laced prasadam at the Maramma Temple.

The Mumbai Anti-Terrorist Squad visited the Mumbreshwar Mandir on Jan. 28, along with one ISIS suspect, identified as Tala Potrik, in order to gather information about their supposed plan. The suspect reportedly first led the ATS team to the kitchen where he revealed that they had gathered information about the catering staff, who were present on the day when a Shrimadh Bhagwat Katha was organised last year. Following the Katha, the trust had also organised a ‘Bhandara’ which was attended by thousands of devotees who consumed the ‘Shiv Prasad’ distributed at the venue.

As per reports, Potrik confessed that he had attempted to poison the Prasad on that day but was unable to do so. Following his unsuccessful attempt, the suspect had decided to execute his plan again on March 4 this year, on the day of Maha Shivaratri, when thousands of people are expected to attend the function at the temple and possibly consume the ‘Mahaprasada’