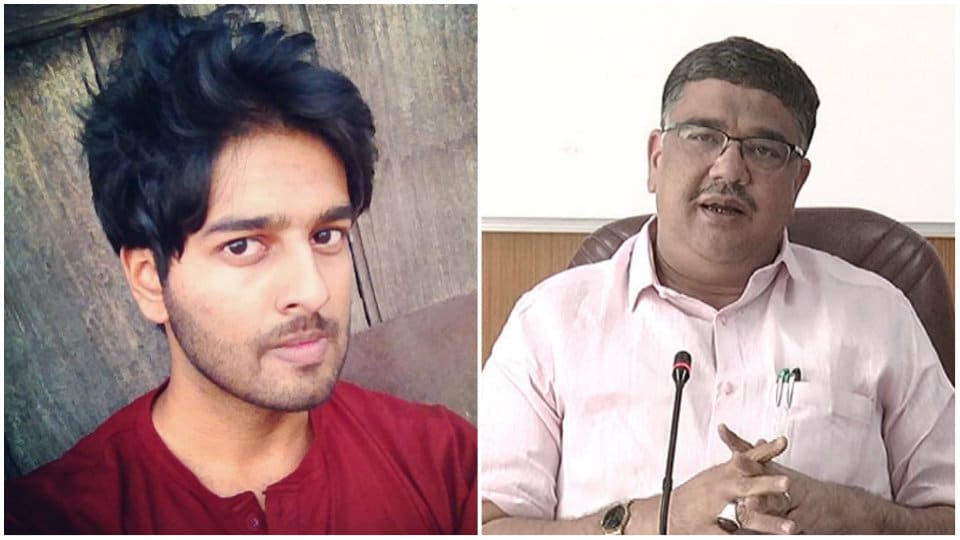 Mysuru: Journalist Shivendra Urs, a stringer with The Times of India, Mysuru, was manhandled and illegally confined, allegedly by the supporters of Karnataka’s Primary and Secondary Education Minister Tanveer Sait, when he was covering the Minister’s election campaign at Gayathripuram, under Narasimharaja Assembly segment in city yesterday morning.

In a complaint to the Police and Karnataka Chief Electoral Officer Sanjiv Kumar, Urs alleged that he was heckled, intimidated and confined in a room for 20 minutes by Sait’s supporters, when he was on duty in Narasimharaja.

In his complaint, Shivendra Urs said around 10.45 am yesterday, a group of Sait’s supporters led by one Shivalingappa manhandled and confined him in a home in Gayathripuram First Stage, and threatened him with dire consequences. He said that his scribbling pad was snatched, pen was grabbed and three of his supporters who were part of the Minister’s entourage, held his hand and shoulder strongly, preventing his movement.

Later, they dragged him to a house from the spot where Sait was canvassing. “The incident has left me shattered and I have developed a fear of facing threats from them,” he said in his complaint. Urs said the supporters literally obstructed him from carrying out his duty as a journalist. Sait’s aides heckled him and asked him why he was reporting about the campaign.

“The supporters threatened me and dared me to leave the area. When I made an attempt to leave the spot fearing for my safety, they dragged me, heckled me, photographed me and illegally confined me in a house and insisted that I talk to Sait. He came and questioned me about an article on SDPI candidate. He gave me a lecture about journalism,” Urs said.

Acting on the complaint, Chief Electoral Officer Sanjiv Kumar said in Bengaluru, they have taken up an inquiry and appropriate action will be taken against those responsible for keeping the journalist in illegal confinement.

The Nazarbad Police have filed a case against the Minister, Shivalingappa and 10 other supporters under IPC sections 341 (wrongful restraint), 323 (voluntarily causing hurt) and 506 (criminal intimidation).

READ ALSO  Tanveer Sait back in city after treatment

Meanwhile, the Mysuru District Journalists’ Association (MDJA) condemned the attack on Urs and demanded immediate action against those responsible for the crime. To condemn the attack, the Association has called for a protest in front of Gandhi’s bust, near the District Court Complex today.

Minister Tanveer Sait has apologised for the attack on journalist. In a press release, Sait has said that he was campaigning in Ward 62 and Shivendra Urs had come to cover the political activities.

“Since the last two days, certain vested interests have been indulging in my character assassination by glorifying small incidents in various media. As a result, one of my party workers, who did not know Shivendra, saw him scribbling notes on a writing pad and questioned him who he was and asked for his identity card,” Sait has stated.

“I publicly apologise for the incident,” the Minister said.

3 COMMENTS ON THIS POST To “Journalist manhandled, illegally confined by Minister Sait’s men”