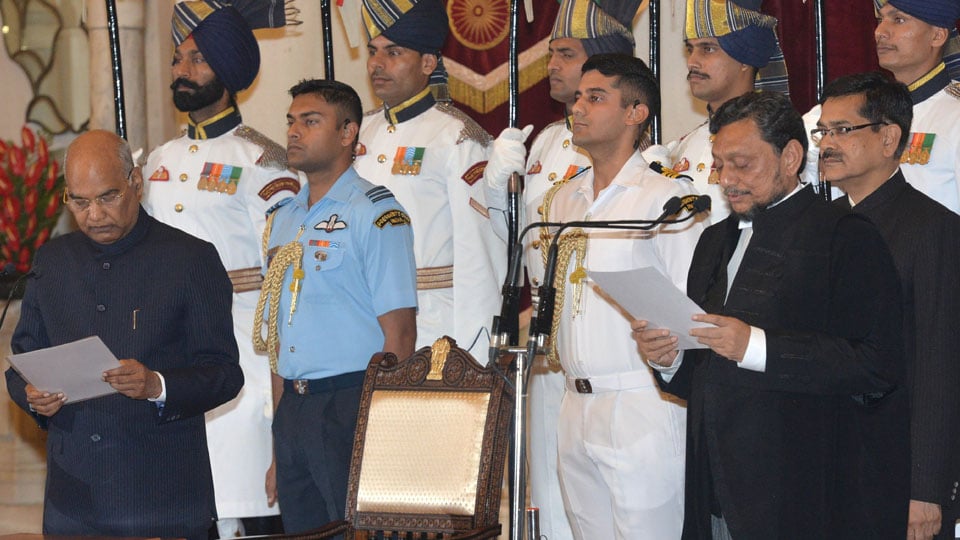 Hailing from a family of lawyers in Maharashtra, he is the son of eminent senior Advocate Arvind Shriniwas Bobde. Justice Bobde was part of the Five-Judge Constitution Bench headed by former CJI Rajan Gogoi which announced the verdict in the long-pending Babri Masjid – Ram Janmabhoomi Land Dispute Case on Nov. 9.

A Nine-Judge Bench of the Apex Court headed by the then CJI J.S. Khehar which included Justice Bobde had held unanimously in August 2017 that the Right to Privacy was a constitutionally protected fundamental right in India.

Justice Bobde also headed a Three-Member In-House Committee which gave a clean chit to CJI Gogoi on a sexual harassment complaint against him by a former Apex Court staffer. He was part of the Three-Judge Bench which in 2015 clarified that no citizen of India without an Aadhaar card can be denied basic services and government services.

Recently, a Two-Judge Bench headed by Justice Bobde directed the Committee of Administrators (CoA) headed by former Comptroller and Auditor General (CAG) Vinod Rai, appointed by it for the purpose of running the BCCI administration, to demit office paving the way for elected members to run the affairs of the cricket board.

Born on Apr. 24, 1956 in Nagpur, Maharashtra, Justice Bobde completed Bachelor of Arts and LLB degrees from Nagpur University. He was enrolled as an advocate of the Bar Council of Maharashtra in 1978. Justice Bobde was elevated to the Bombay High Court on Mar. 29, 2000, as Additional Judge and sworn-in as Chief Justice of Madhya Pradesh High Court on Oct. 16, 2012. He was elevated as Supreme Court Judge on Apr. 12, 2013.