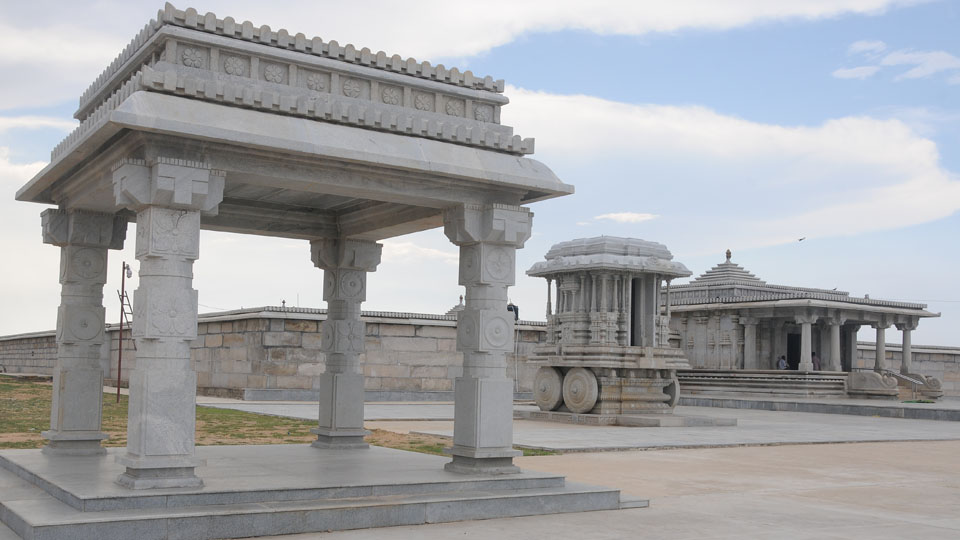 One of the most prominent and emerging tourist spots near Mysuru is the Venugopalaswamy Temple at Hosa Kannambadi, near Krishna Raja Sagara (KRS) Dam. Sadly, the surroundings of the beautifully constructed temple that is an architectural marvel is in a bad shape with crater-filled roads and lacks any sort of basic facilities.

The original temple is said to be built at the same time when Channakeshava Temple was constructed at Somanathapura by Hoysala rulers during 12th Century. Earlier, the temple was located at Kannambadi village. But with the construction of KRS Dam, the entire village of Kannambadi submerged, including the temple structure. At this time, the then King Nalwadi Krishnaraja Wadiyar ordered for the construction of the new village which was named Hosa Kannambadi.

There were a couple of temples at Kannambadi village when Sir M. Visvesvaraya planned the KRS reservoir, as the Chief Engineer of Nalwadi Krishnaraja Wadiyar in 1909. When the project was completed across a lake there by 1930, three major temples of Kannambadi village submerged in the reservoir waters. While one was an Eshwara Temple, the other major one was the Venugopalaswamy Temple. The third one was a small one dedicated to Kalamma, a local deity. 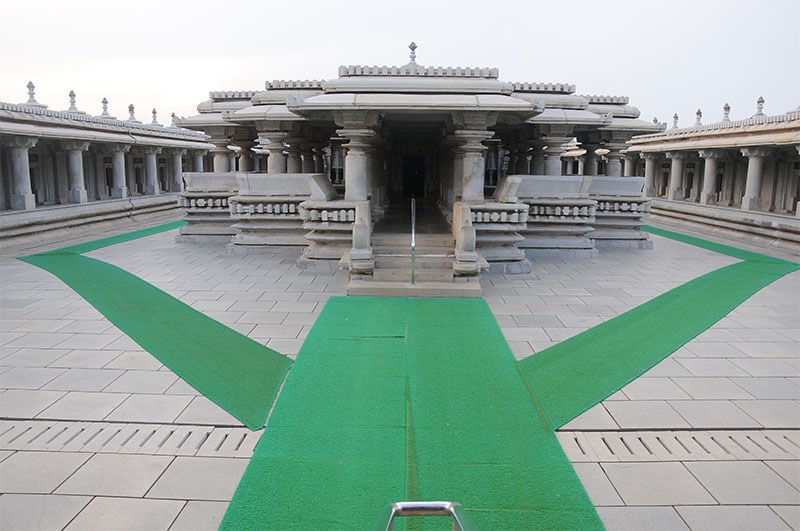 The Venugopalaswamy Temple that has been relocated and refurbished by the Khoday Foundation.

The construction of the KRS Dam began in 1909 and by 1930 the entire Kannambadi village was submerged. It was during the year 2000 that the temple resurfaced when water levels in the reservoir dropped.

Seeing the architectural beauty of the temple, Khoday Foundation, under the guidance of Sri Hari Khoday, relocated the building block-by-block at a cost of Rs. 2.5 crore. More than 200 workers and machines removed the carved stones and pillars of the temple, after marking each one of them. The relocated temple has been built in the original shape and architecture.

However, the efforts of the Khoday Foundation in conserving the ancient temple are not supported by the local administration that has literally neglected the surrounding areas. The temple has become very difficult to access owing to poor quality of road which has never been asphalted and full of potholes and craters. 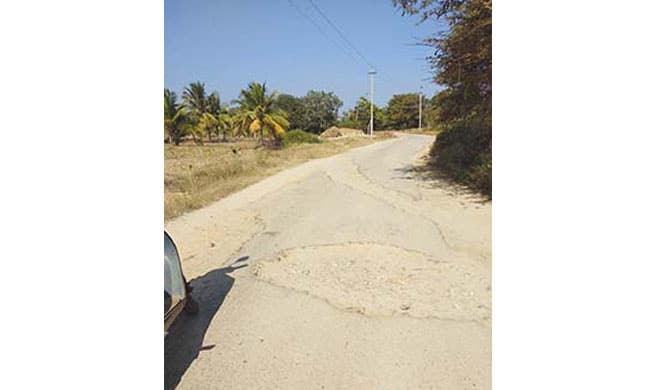 The road leading to the temple does not have any signboard.

Hundreds of visitors frequent the temple that desperately need infrastructure like shelters, benches and toilets. Visitors are forced to ease themselves in the open areas leaving the entire area around the temple stinking with unbearable stench. When the temple was shifted to a better location, people were happy expecting a good infrastructure and access road but they still remain a distant dream, thanks to the callousness of the local civic authorities.

Added to the woes of the visitors, there is not even a single signboard to indicate the way to the temple. Visitors have to seek directions from the villagers and passers-by travel through narrow roads of the villages braving stray dogs and cows which squat on the roads, blocking traffic. It is worse after evening as almost all the roads are deserted and there is no one to ask for directions. There are no street lights too.

The new location of the temple is about one kilometre to the North of the original site where the backwaters would touch the outer walls of the temple if KRS water level touches 124.80 ft, its maximum capacity. The relocated temple is located around 9 kms by road from Brindavan Gardens. It is around 30 kms from Mysuru.

One of the narrow and bad roads that lead to the temple.

The Central and State Governments have been hyping on Swachh campaign. But this place is always strewn with trash to remain as a living testimony of gross neglect and mockery of cleanliness campaign.

There are a host of small scenic tourist spots around the KRS Dam like the Venugopalaswamy Temple with no proper access which has really disappointed the visitors.