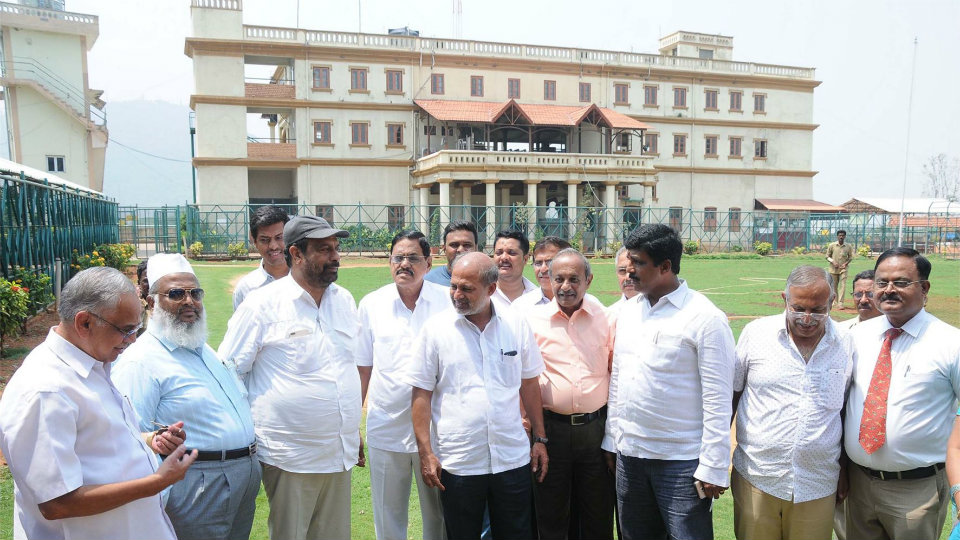 To submit report to Govt. on feasibility of shifting Mysore Zoo’s aviary to MRC

Mysuru – The Audit Committee of Karnataka Legislature appointed to examine the accounts and documents of various public and educational institutions visited the Mysore Race Club (MRC) premises this morning. The Committee visited the MRC to examine the feasibility of setting up an exclusive section to house the birds of Mysore Zoo.

As soon as the Committee members arrived, they inspected the 16 MRC stables. They also inspected the over 40 temporary stables that have been constructed. Seeing that the temporary stables are not well maintained, the Committee members opined that as MRC land (139 acres, 39 guntas) was owned by the Government and was given as a lease to the MRC, open space should have been maintained without any construction.

Replying to the Committee’s observations, the MRC Chairman said that they needed stables for over 500 horses and the earlier proposals of land to be handed over to them in Administrative Training Institute (ATI) and City Armed Reserve campus were rejected. He told the Committee members that they were forced to construct temporary stables inside the MRC as no other land was available.

Explaining the purpose of their visit, Mahesh told the MRC officials that when the bird flu hit the Mysore Zoo in January 2017, a meeting was held in Bengaluru that was attended by Principal Chief Conservator of Forests, Forest Department Principal Secretary and Zoo Executive Director K. Kamala Karikalan. “When the reasons of bird flu outbreak were being probed, it came to light that the only way to secure other animals from being infected by the flu was to shift the bird enclosure (aviary) of the Zoo to another place. The officers felt that if the bird enclosures were shifted to MRC premises (that is close to the Zoo) it will be ideal,” he said.

“It is in this background that the Committee is visiting the MRC,” Mahesh told the MRC authorities. “As it is a Government land, you must have maintained it as a green space instead of constructing a series of buildings inside the MRC that has already marred the beauty of the land,” the MLA told MRC officials.

Replying to the MLA, the MRC Chairman said that the MRC paid Rs. 1 crore as lease amount to the Government annually, Rs. 45 lakh as tax to Mysuru City Corporation (MCC), Turnover Tax of Rs. 20 crore and a betting tax of Rs. 2.26 crore to the Government, that is the highest among all Clubs in Karnataka. “We have 400 men, 400 women and their families as workers and we have over 200 regular employees and a large number of jockeys and other professionals in the Club,” he said. 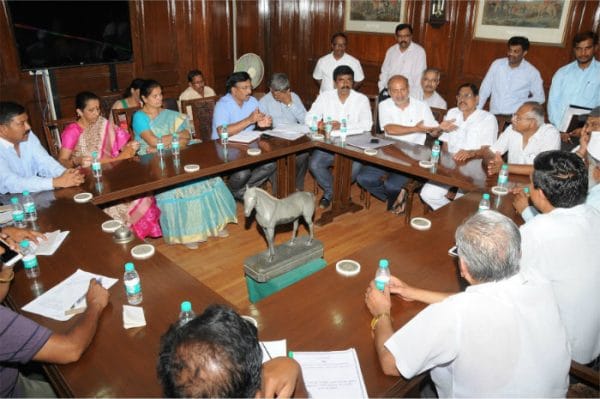 Reacting to the reply, MLA Mahesh said that they will report the present status of the MRC, its leased land and the proposal to establish aviaries. We will table the recommendations to the Government that will take a final decision,” he said and added that he will discuss with MUDA if it can provide about 10 acres of land outside the city to provide land for the MRC to build horse stables.

The Panel discussed the recent deaths of birds owing to bird flu.

The Committee also sought  the details on the number of birds and animals in the Zoo and if it would be feasible to shift the birds to MRC premises by converting the same into an aviary.

Kamala Karikalan is said to have provided all the details behind the deaths of the birds and also informed the Committee that the chances of bird flu outbreak was more since the birds were housed along with the animals.

She is said to have  informed the Committee that the disease outbreak could be controlled on separating the birds from the animals.

Later, the Committee is said to have held a meeting with PWD Superintending Engineer Sathyanarayana with respect to renewal of lease with MRC.

The Committee, which collected information from both Zoo and MRC officials, is expected to submit a report to the State Government within a week.